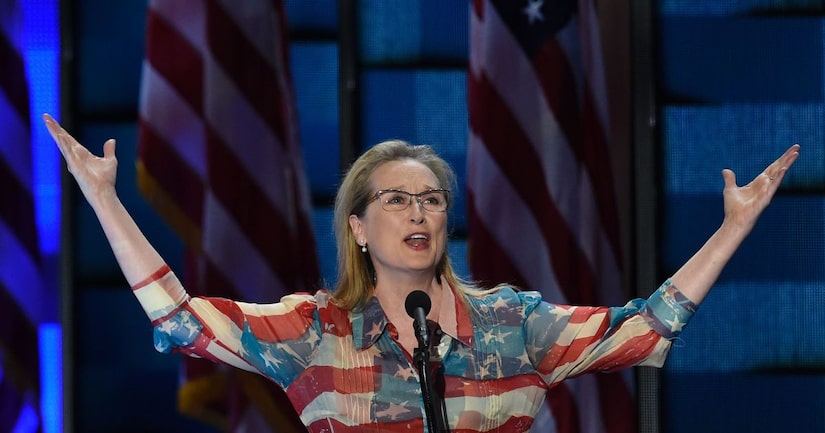 Last September, Hillary Clinton told “Extra's” Mario Lopez she would love Meryl Streep to play her in a movie.

What does Meryl think of the casting idea? She laughed while telling our Renee Bargh, "I don't know. I think that's very lovely of her to say, but then she might not be happy with the result."

When the three-time Oscar award-winning actress was asked about how it felt to give a speech during the 2016 Democratic National Convention, Streep replied, “I felt the moment. The whole wash of history. I felt 240 years women have been part of this body politic but apart from it. You know, for 150 years we couldn't vote, and that's in my grandmother's lifetime.”

Streep also revealed during promotion of her upcoming film “Florence Foster Jenkins” that it was her daughters who picked out her instantly iconic American flag dress for her DNC speech. “I had a perfectly lovely outfit that I borrowed to wear and then I had my old flag dress that I've worn numerous occasions. And I put on the more sophisticated thing, and then I put on my flag dress [for] my girls in the hotel room just before we went to the convention and my girls said yes… to the dress.” 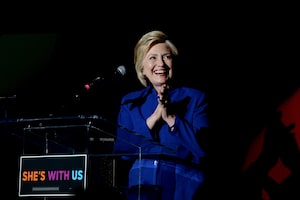 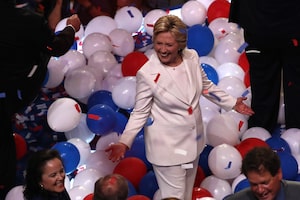