Singer Taylor Swift and actor Tom Hiddleston are taking a big step in their relationship… meeting each other's parents!

On Sunday, Taylor and Tom were spotted spending a nice day at the beach with his mom Diana and family in Suffolk, England. A source told Us Weekly, “Taylor is so happy. She's living a British romcom dream.” 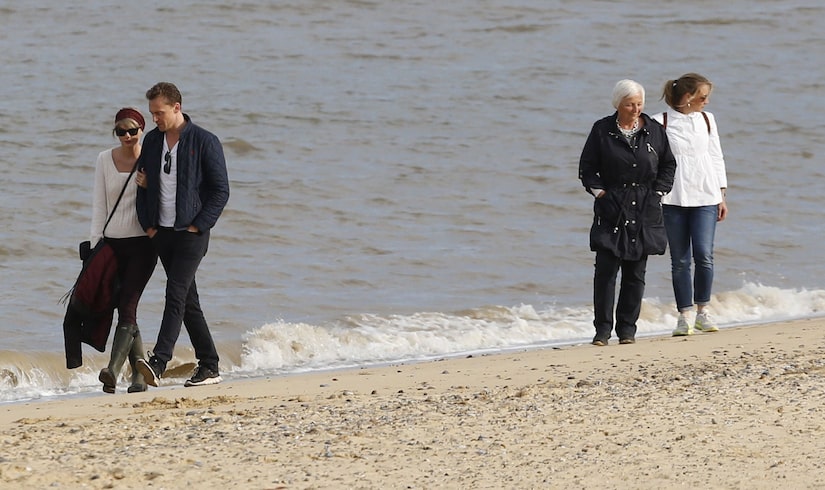 Earlier in the week, Taylor introduced Tom to her family in Nashville. Another source said to the publication, “[They are] at that point where they just want the whole world to see how in love they are.”

While in Nashville, the pair were also seen grabbing dinner with Hank Williams' daughter Holly and her husband at Adele's. Tom played Hank in the recent film “I Saw the Light.” According to an eyewitness, Taylor and Tom were seen kissing and holding hands on the dinner date. The source said, "Tom held the inside door open for Taylor and he put his arm around her waist as they walked up to the hostess station. They looked like they were having an amazing time. Taylor was laughing at Tom's jokes.”

Swift and Hiddleston have been inseparable since mid-June, after they were caught kissing in Rhode Island. 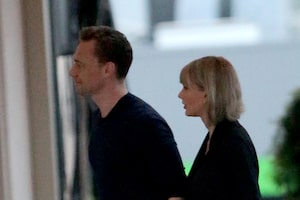