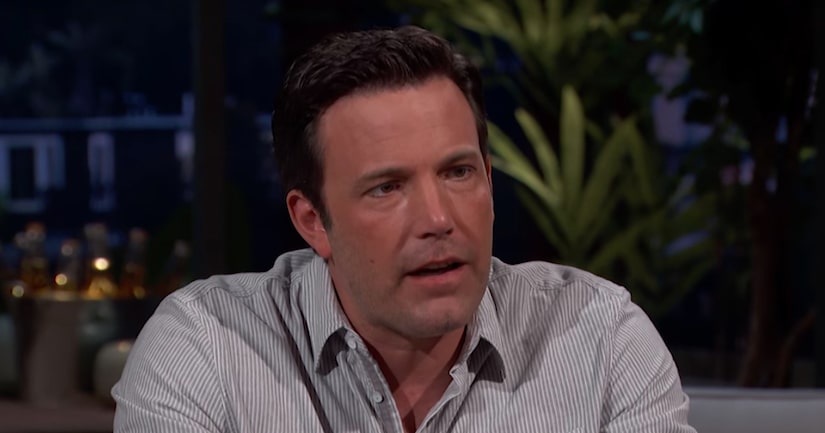 Ben Affleck is cool, calm, and collected on most occasions, but Deflategate is one topic that can rile him up!

On the premiere of Bill Simmons' "Any Given Wednesday,” Affleck went on an epic rant full of F-bombs while defending New England Patriots quarterback Tom Brady, who has been suspended for four games for his involvement in the Deflategate scandal. Last year, the team was accused of deflating footballs used in the 2015 AFC Championship game.

He said, "Deflategate is the ultimate bulls**t, f**king outrage of sports ever. It's so f**king stupid that I can't believe [it]. They gave [Brady] a suspension for a quarter of the season, which would be equivalent of suspending a baseball player for 40 f**king days — 40 quarter days, to be exact. Which is what they do when you get busted taking steroids. And by the way, if the NFL really knew how to test for steroids and HGH, there'd be no f--king NFL. So instead, what they did was suspend Tom Brady for four days for not giving them his f**king cell phone and for having a friend who called himself the deflator. If I got in trouble for all the things that my friends called themselves, I would be finished, okay? You wanna give a guy — because he doesn't give you his cell phone — a punishment? I would never give an organization as leak-prone as the NFL my f**king cell phone so you can just look through my e-mails and listen to my voicemails. The first thing they're going to do is leak this s**t.”

As part of the investigation in the Deflategate scandal, Tom was asked to turn over his cell phone to the NFL, but he claimed it was broken. As for his Tom's motives for not turning over the phone, Ben reasoned, "I don't know. Maybe it's funny, lovely sex messages from his wife [Gisele Bündchen]. Maybe it's just friendly messages from his wife. Maybe Tom Brady is so f**king classy and such a f**king gentleman that he doesn't want people to know that he may have reflected on his real opinion of some of his co-workers: guys he plays with, guys he plays against. His real feelings. I wouldn't want guys who I didn't think were very good to know I didn't think they were very good. I wouldn't want guys who I thought were great to know I thought they were great. I'd want to keep my opinions to myself. Surely his opinions about professional football are contained in his e-mails and his texts in his f**king telephone.”

Affleck also slammed the NFL for violating Brady's privacy. He shouted, "They're not the FBI! You're not required! This isn't a f**king federal subpoena! You're not required to turn over your bank records. It's outrageous! You look at — what's his name? Eli [Manning]! Eli did a whole layout with The New York Times, a whole cute spread two years ago about what goes into an Eli football. It was like a lot of massage, a lot of sandpaper, a lot of grit and a lot of grass… The whole f**king thing was about how he's got to scuff it like Phil Niekro before he'll ever f**king put the football in the game..." Affleck pointed out, "And nobody every thought to think that there was something wrong with that. They printed it. It ran. Everyone loved it. Goodell thought it was charming. And now they're saying that taking footballs from a warm place to a cold place, finding out that there might be a whisper less air pressure in those balls…"

"I talked to f**king football players — pro football players — across the board, they think it's bulls**t… Aaron Rodgers came right out, like, 'I like a big ball. I like to over-inflate a ball. Don't even investigate me. I do it.' But all of a sudden they're like, 'Yeah, but, you know…' This is a conspiracy of people working inside the NFL who all come from organizations that Tom Brady whipped their ass over the last 10 and 15 years," Affleck reiterated. "So these guys that work for the f**king Jets and the Broncos and everybody else who are now going, like, 'Get him! Hang him!' Because they have some slight, flimsy f**king pretense! And Tom is so classy. It's a f**king ridiculous smear campaign. And Goodell doesn't have the integrity — I want to say, frankly — doesn't have the decency to just say, 'You know what? This is stupid. I was wrong. This is ridiculous. We're running our greatest player ever through this mill of humiliation and shame, which is totally unwarranted, for the sake of our own bruised egos and our embarrassment…'” Ben added.

Ben also bashed the league for ignoring other issues in the NFL, including domestic violence. He commented, "We haven't done anything to address this crisis of domestic violence in the NFL. But the f**king football better not be eight percent lighter. 'And if I find out it is, you're gone for four games!'"

After making headlines for his interview, Ben wrote on Twitter, “For those of you keeping score at home, I gave exactly 18 f**ks about my Pats. Upon reflection, 12 probably would have been sufficient. We Boston fans have always been known for our subtlety. One of my favorite interviews; hope you get to see the entire episode. #GoPats.” 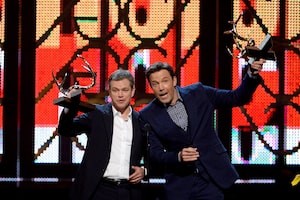 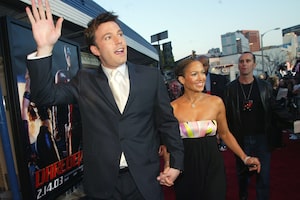 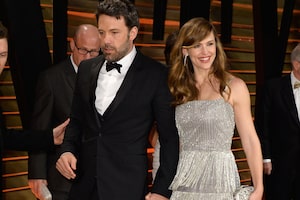 Ben Affleck & Jennifer Garner Reunite in the City of Love