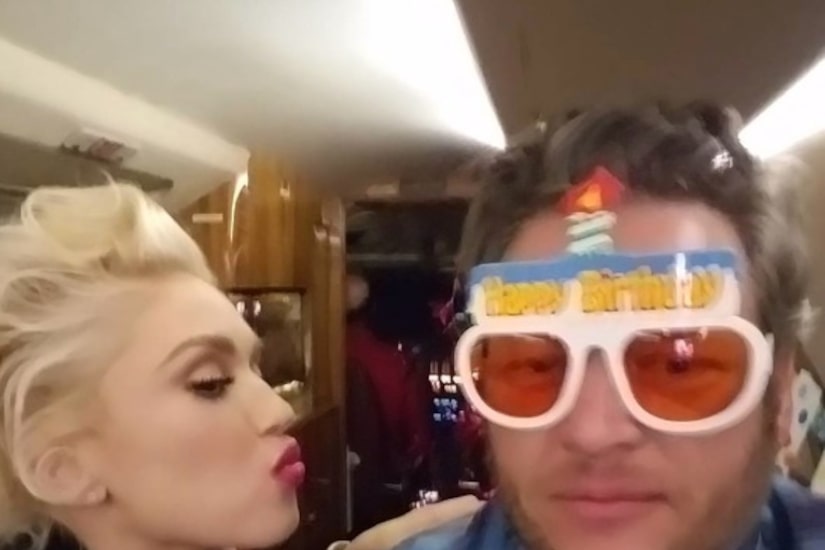 On Saturday, Blake Shelton blew out 40 candles — but he didn't do it alone!

The country star was joined on his tour bus by date-mate Gwen Stefani, who peppered her social media accounts with adorable and adoring pics in honor of her man's big day. 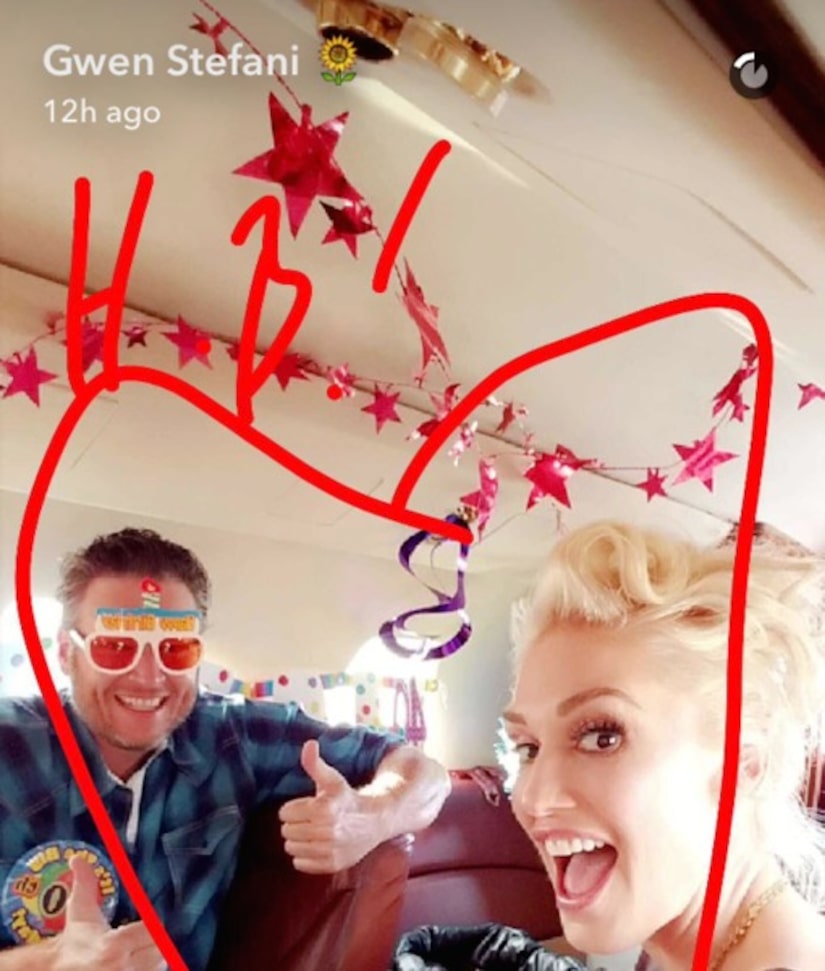 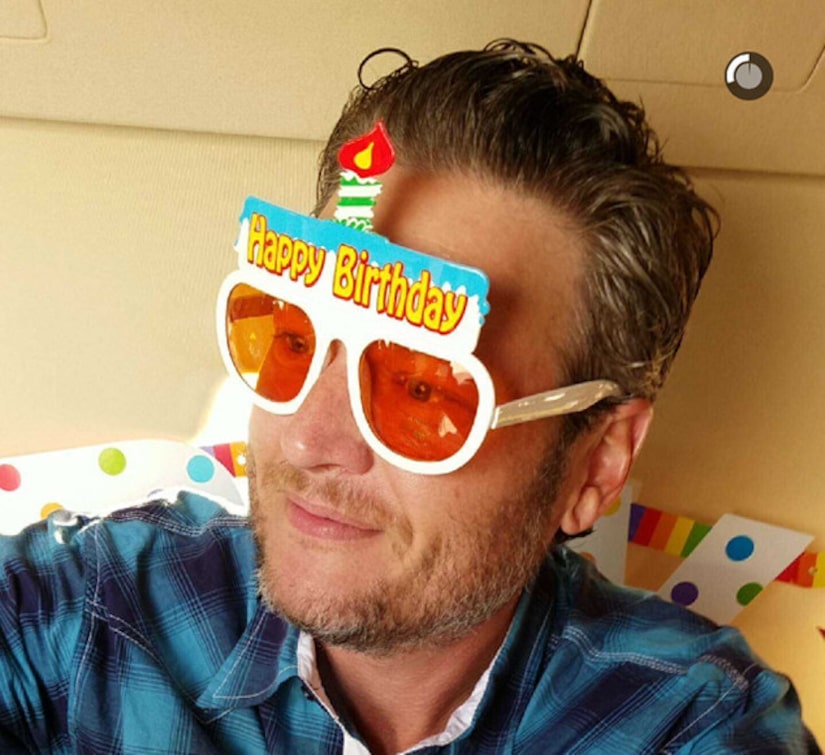 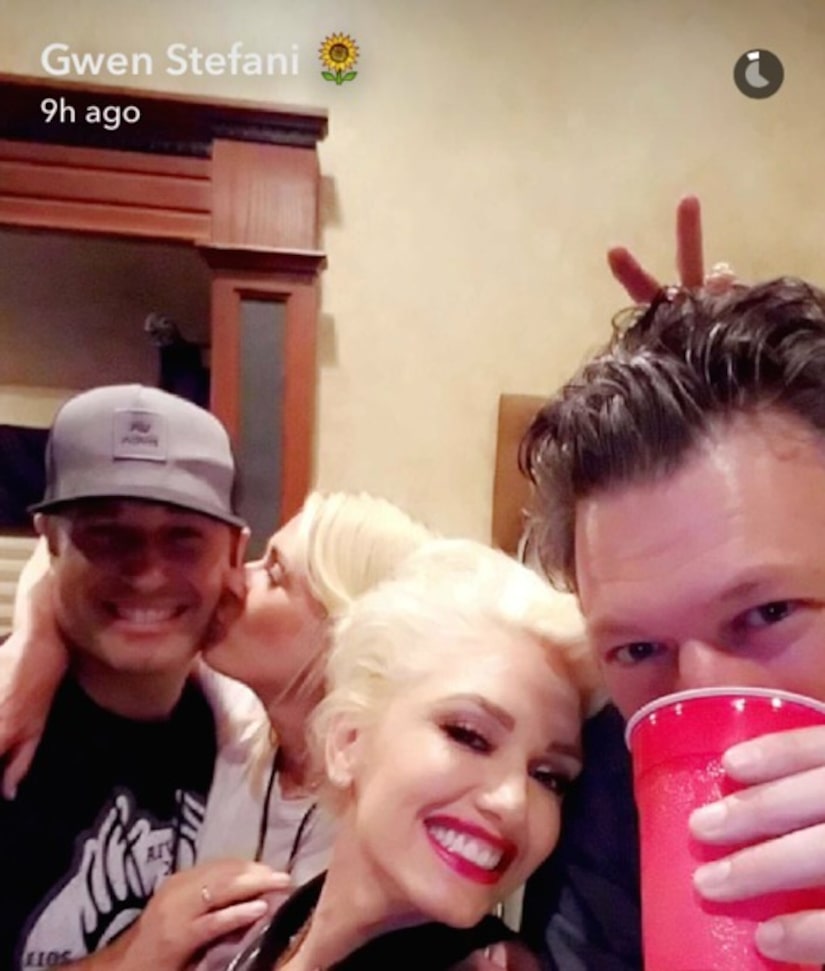 EOnline reports Gwen hopped on the band's bus as they headed to a performance at Country Jam 2016 in Grand Junction, Colorado, where she decked out Blake in goofy birthday glasses and became the day's official photographer.

Blake received wine glasses with caricatures of his and Gwen's Oscars red-carpet debut looks, plus two cakes, one in the shape of a guitar.

At the festival, Gwen joined Blake for a "Go Ahead and Break My Heart" duet, returning later to sing her band No Doubt's 2001 smash "Hella Good."

Sounds like Blake's 40th was hella good in every way possible!