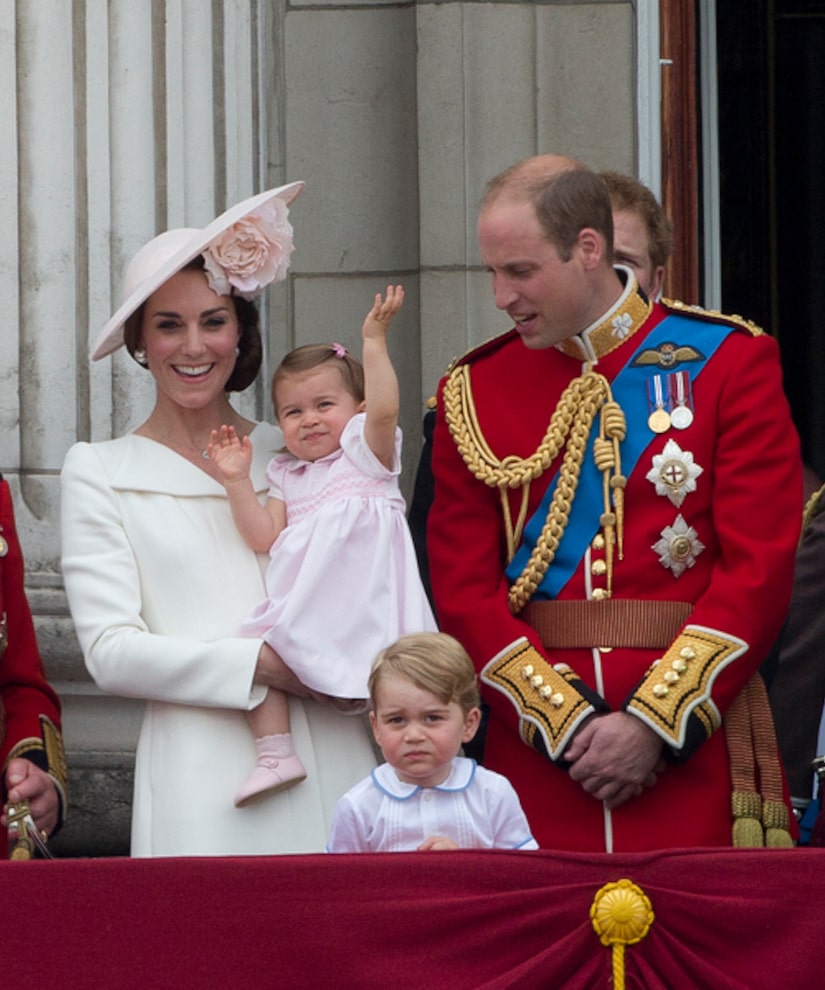 On Saturday, Princess Charlotte made her debut on the balcony of Buckingham Palace, flanked by the entire royal family.

Looking doll-like in a pale pink dress and matching baby shoes, Charlotte seemed to be engaged by the reason for the gathering, a celebration known as Trooping the Colour, a tradition made up of parades and an air show. 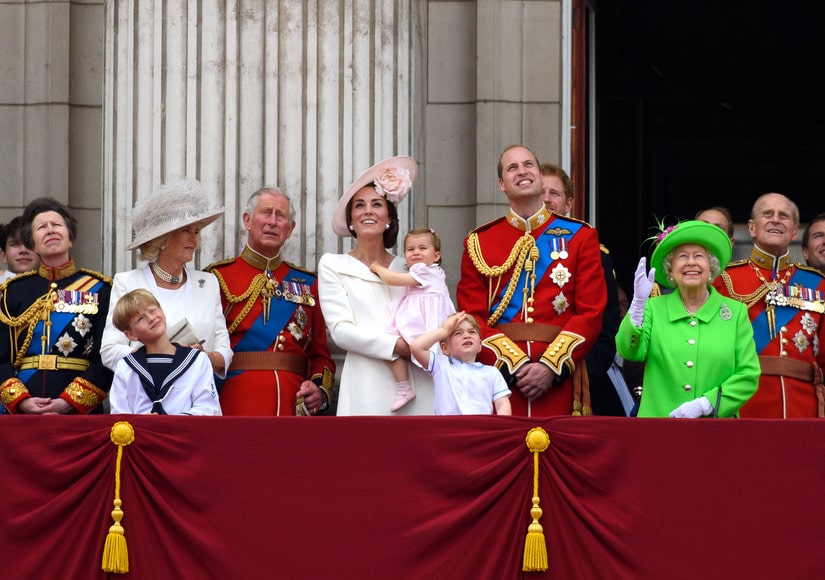 Getty Images
All of the British royals showed up for Charlotte's balcony debut!

People magazine reports that Kate called Charlotte "cute but feisty" on Friday. Also still feisty were Queen Elizabeth, who turned 90 on April 21, and her husband Prince Philip, who just turned 95.

Some would suggest that the Queen almost stole the show in her eye-catching lime-green frock, but Charlotte showed she is going to be a natural at future balcony appearances.