Mogul Simon Cowell is returning to American TV as a judge on the show he created, “America's Got Talent,” but a possible return to “American Idol” is what everyone is wondering about since the show's grand finale is set for Thursday night.

On Friday, Simon sat down with “AGT” host Nick Cannon at NBC's Summer Press Day, where he told “Extra's” Terri Seymour that he may still make an appearance on the FOX show. “I don't know yet, you know, I'm trying to juggle some dates.” He smiled, “I can't believe it's come so quick.”

Cowell also reflected on his best “Idol” moment, saying, “Kelly Clarkson on the first live show and actually Tamyra Gray on the first live show, both of them were phenomenal and that's when I thought this show is gonna work, 'cause there like real singers these girls, this whole show is gonna work.” He added, “Those early days we had the most fun.”

One date that we do know for sure… “America's Got Talent” returns to NBC May 31. We'll definitely be seeing a softer side of Simon at the judges table this coming season since he is now a father. He said, “You often relate now when there is someone young on the show you think G*d that could be Eric in a few years time.”

Also, check out Simon pushing his ex-girlfriend, Terri's buttons, by telling Nick Cannon she used to have a crush on him. 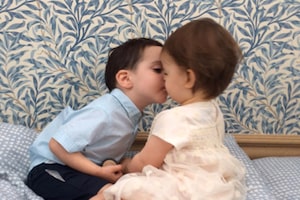 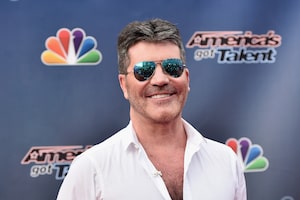