Joey Feek has died after a battle with cervical cancer. She was 40.

The country singer stopped treatment in the fall and moved from Tennessee to her Indiana hometown to begin hospice care.

Joey's husband Rory documented her journey on his blog, ThisLifeILive. On March 4 he wrote, "My wife's greatest dream came true today. She is in Heaven."

He continued, "The cancer is gone, the pain has ceased and all her tears are dry. Joey is in the arms of her beloved brother Justin and using her pretty voice to sing for her savior.At 2:30 this afternoon, as we were gathered around her, holding hands and praying... my precious bride breathed her last. And a moment later took her first breath on the other side."

Rory added, "Though this is, and has been, a time of many tears of sorrow, it has also been a time of countless tears of joy. There have been too many beautiful moments to count or even begin to share in this blog. But I try.When a person has been through as much pain and struggle as Joey's been through, you just want it to be over. You want them to not have to hurt anymore, more that you want them to stay with you. And so, it makes the hard job of saying goodbye just a little easier." Read the full post here.

The two were known as the country duo Joey + Rory. They were nominated for a Grammy this year in the Best Country Duo/Group Performance category for their song “If I Needed You.”

She is survived by Rory, daughter Indiana, 2, and stepdaughters Heidi and Hope. 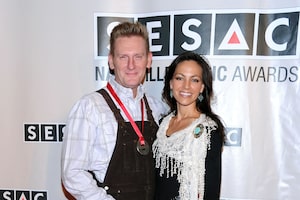 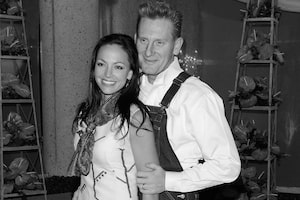 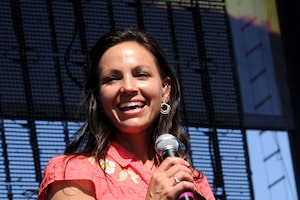