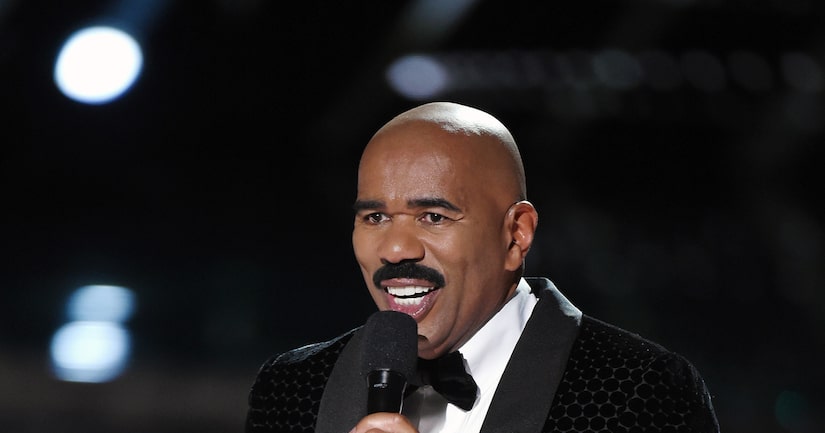 On Wednesday, “Extra's” AJ Calloway spoke with Steve Harvey in Miami, where the TV host was honored with the Brandon Tartikoff Legacy Award at the NATPE convention.

On the Oscars controversy over the lack of diversity among the major award nominees, Harvey said, “I respect the boycott.”

He reiterated, “Nobody? I mean that's really, really weird. You look at the films and you come away with nobody? That's... that's kind of crazy.”

Despite the controversy, Harvey doesn't think host Chris Rock should quit. “You can't dump that on him, and I think that night, I think we need Chris Rock. Chris Rock is going to say something that night.”

The TV host also commented on his own controversy surrounding Miss Universe, having just hosted the winner, Miss Philippines, and real runner-up Miss Colombia on his hit NBC talk show, saying, “She took a load off me, man, by just forgiving me.”

After his on-air snafu, Steve and his family faced death threats. He revealed, “The death threats... very uncool, you know... what... what my family got to do with this?”

Harvey has been able to move on from his mistake. He broke news about it and what is up next for him. “A lot of things are happening, so you might look up on Super Bowl. I might be in a Super Bowl commercial... something to do with it. Bro. I'm giving you a scoop, bro!” 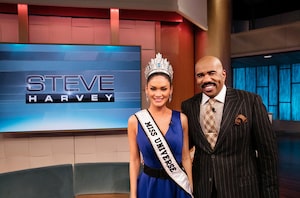 Steve Harvey to Speak Out on Miss Universe Incident 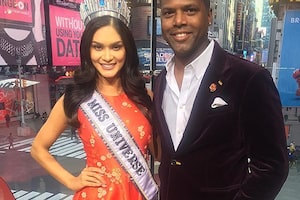