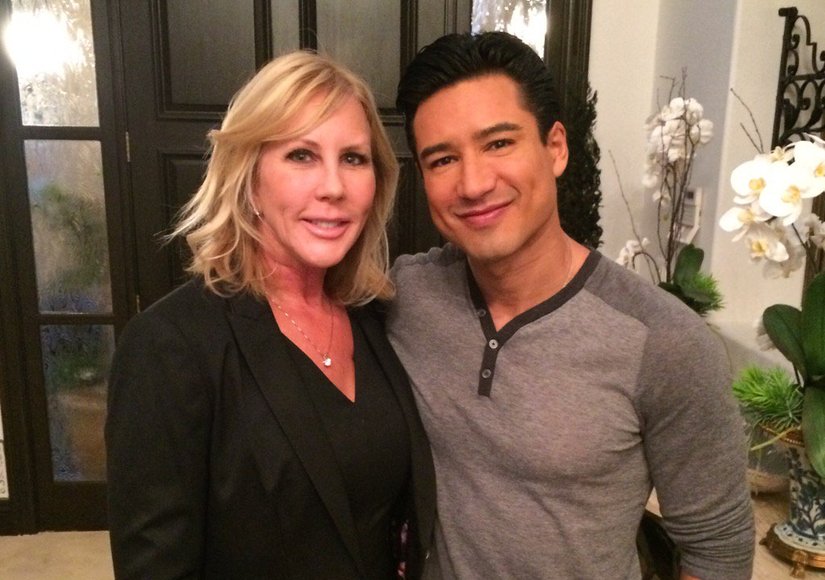 "Real Housewives of Orange County" star Vicki Gunvalson is breaking her silence over the controversy surrounding her now ex-boyfriend Brooks Ayers and his cancer diagnosis.

Vicki sat down with "Extra's" Mario Lopez to tell her side of the story amidst the news that Brooks was never treated for cancer at City of Hope Medical Center. Vicki said, "I'm completely shocked. I've seen the bills, I went to City of Hope." She revealed she picked him up at the facility when he was allegedly getting his first treatment of chemo, going in the hospital to wait for hours for him, tearing up. "He was there all morning so how do you think anything other than he's getting chemo? You go to City of Hope because you have cancer, not because you have nothing else to do during the day."

Gunvalson, who previously defended Brooks against accusations that he was faking his health scare, explained she didn't feel like things always made sense. She told Mario when she started to realize things may not be what they seemed. "I think that towards the end of filming, with the start of the psychic and Tamra saying the psychic didn’t see cancer, I thought, 'Well, then cool, he's cured,' but then it… didn't make sense and why is he switching doctors? He was at City of Hope, then he switched over to Hoag… and at the end of the day, I thought, 'That's his journey.'"

She continued, "I'm guilty of loving him and believing him. Who hasn't believed someone that you loved?" Getting emotional, she said, "And why would you lie about cancer when I've had three friends die of it in the last two years? I had my dearest friend just die of stomach cancer."

It was a huge point of contention for Vicki and her fellow "RHOC" cast mates, who didn't always approve of Vicki and Brooks' relationship, many of them calling Brooks out for lying from the get-go. Now, they are even more upset with her than with him. "I think they thought I was in on a scam. My life is so abundant, I didn't need to make a fake storyline, and I sure as hell wouldn't make it up about Brooks… As God as my witness, I would never want to make something up like this; it's actually quite sick." Saying she owes the other ladies an apology, she added, “I'm embarrassed. I want to tell the girls I'm sorry."

At the end of the day, the 53-year-old is blaming herself for trusting Ayers. "Because I trust, I trust what you tell me right now is the truth. I'm from the Midwest. I was born that you trust and honor the person you're in love [with] — why would I think he would be lying to me, what would be his benefit… ? The lies had to be enormous, what he went through to make these lies up."

Vicki said it will be hard for her to trust again, and is setting the record straight on recently being spotted out with another man. "I went on a date with a really great friend I've known for five years, but he's not a new man in my life. I'm not dating material right now."

Her message for her ex? "Karma… I hate him, I hate him with everything in me, and I don't hate people, but I believed him, I trusted him, I defended him, took a bullet for him when people didm't like him." 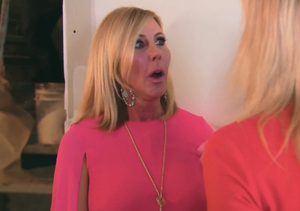 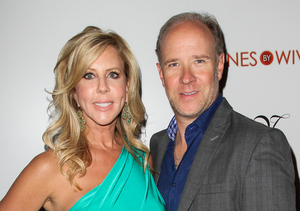 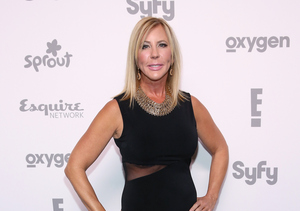