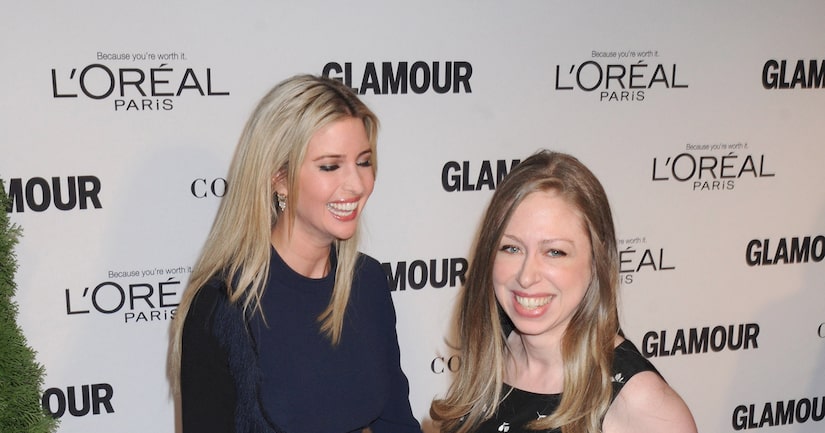 Hillary Clinton's daughter Chelsea sat down with "Extra's" Terri Seymour at Universal Studios Hollywood, where she weighed in on her mom's impersonation of The Donald on "Saturday Night Live" and her friendship with Ivanka Trump.

Clinton said about her mom's impersonation, "I thought it was fantastic; I think my mom is hilarious."

Though Hillary and Donald are trading blows with their presidential campaigns, Chelsea and Trump's daughter Ivanka are still able to maintain their close friendship. "I love Ivanka, and I think friendship always trumps politics — and that's how it should be."

When asked if it was difficult to hold onto the friendship amidst the presidential campaign, Chelsea replied, "It hasn't been so far and I don't think that it would be in the future because I'm friends with Ivanka for Ivanka, not for her parents or any other part of her life."

Clinton admits that her support for her mom has become even stronger since she became a mother herself, to her daughter Charlotte. She shared, "I didn't know I could love, and respect, and believe more intensely in my mom until I became a mom. She set the bar really high for me, and I want Charlotte to feel the same way about me that I feel about my mom… Every opportunity I have, I want to tell people why I so strongly support her, not only as a voter but also as a daughter and now a mom."

Charlotte just turned 1 in September, and is already going through milestones in her life. Her mom gushed, "It's amazing she's now trying to walk, she is standing, but not walking and she has this look of fierce determination on her face and it's just such a privilege to watch her push herself forward and be so curious about the world."

Not only is Charlotte walking, she's reading, too! Clinton raved, "She never wants to let go of the books she's reading."

The 35-year-old has been busy promoting her new book "It's Your World: Get Informed, Get Inspired & Get Going!" which is available in stores now. On why she released the book, she explained, "I kept meeting kids that were so curious about what was happening in their communities and the world, and also kids who were engaged in making a difference and so I thought about trying to bring those things together… When I became pregnant and knew I was going to be a mom, I just felt like I had to write this book to help kids get informed about some big issues but also to share inspiring stories of kids that are doing things about those issues here in the U.S. and around the world." 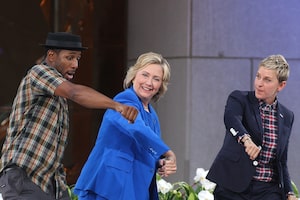