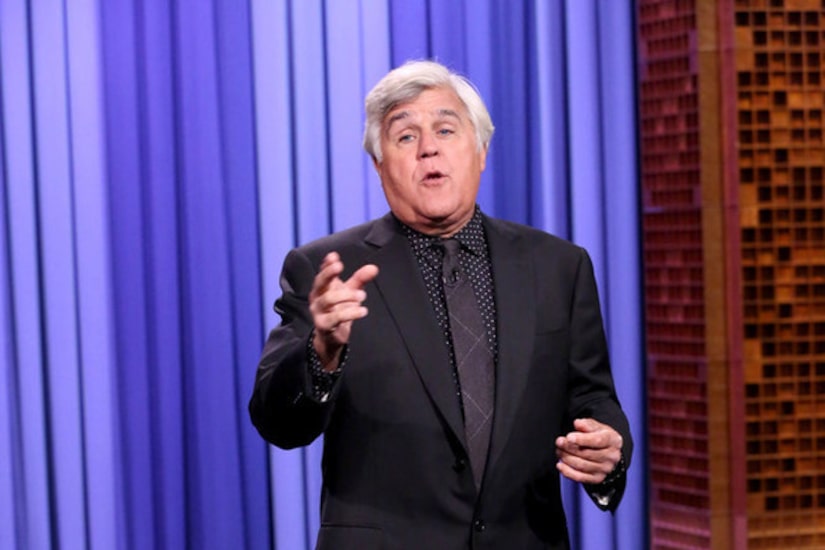 Leno, who hosted the show for over 20 years, was Jimmy Fallon's substitute after Fallon "pulled a hamstring” and joked that he couldn't go on. Jay saved the day and made the crowd cheer with his nearly five-minute monologue.

Leno also ripped the economy in his monologue. He said, "The economy is so bad in California, parents in Beverly Hills are being forced to raise their own children — that never happens! It is so bad in Seattle, I saw a guy panhandling in front of a Starbucks just to pay for his Starbucks… It is so bad, even the Kardashians are losing their ass."

The 65-year-old comic cracked jokes about Osama bin Laden and Obamacare before Jimmy Fallon stepped in to add his 50 Cent. Watch! 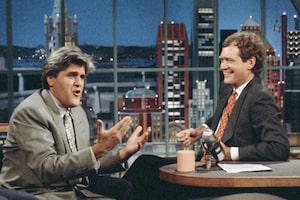 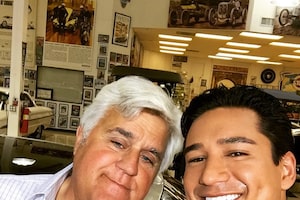