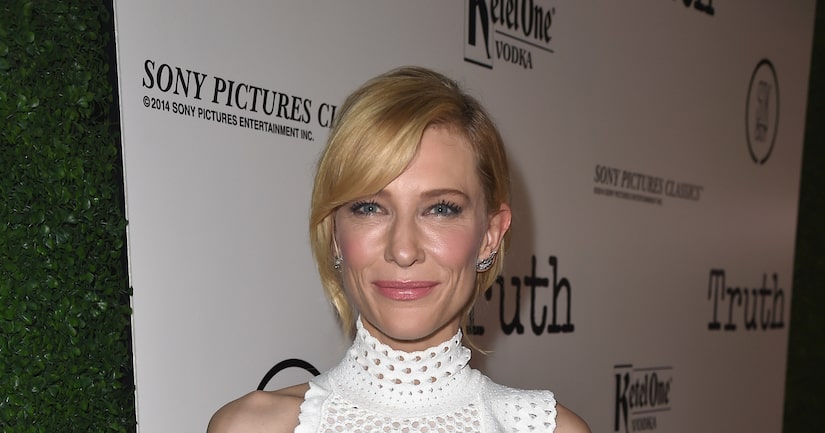 "Extra's" Terri Seymour caught up with Cate Blanchett at a Los Angeles screening of "Truth," where she chatted about the new addition to the Oscar winner's family, baby daughter Edith.

Blanchett's sons have adjusted well to their baby sister. She shared, "I'm very, very, very proud of them. It's a wonderful thing when you see them forming as a unit that's completely separate from you. And that will go on long after I'm gone."

Of the role, Blanchett said, "Her work was so well-known, but she wasn't very well-known… It's about a very intense particular period in her life and Dan Rather's life… Trying to cram her intelligence and vivacity and great good humor into this terrible personal and career crisis, when she was in free fall, so it was quite challenging."

She also raved about her co-star Robert Redford, saying, "You feel like the first time you meet him, you go straight into a dialogue as if you've known him for three or four years. He's so open and so generous and so engaged."

She blushed, "I'm desperately, passionately, madly in love with him, both creatively and physically — the whole thing." When Terri asked, "Does your husband know that?" Cate quipped, "I've come clean!"

"Truth" is in theaters on October 16. 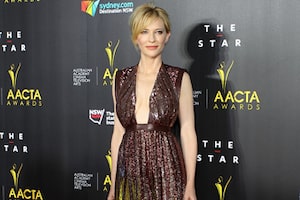 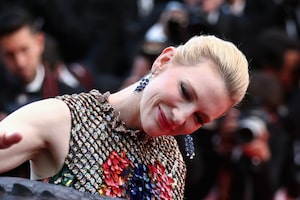 Cate Blanchett attended the Cannes Film Festival premiere of "How to Train Your Dragon 2." 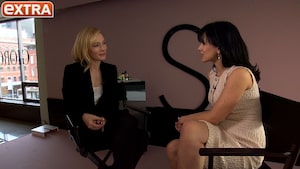