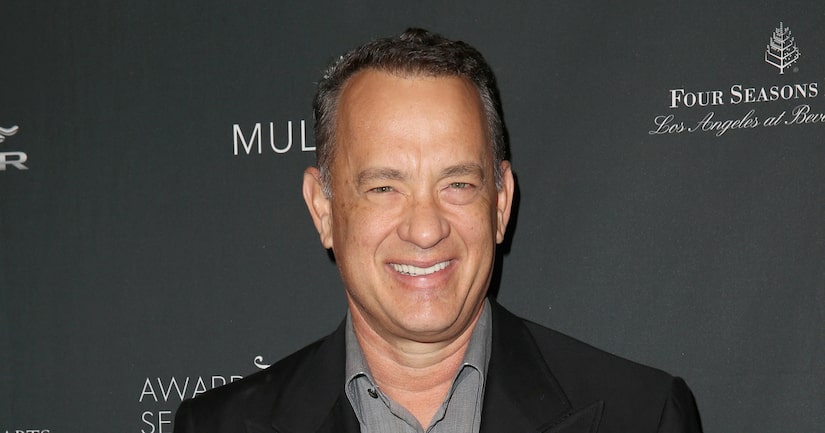 Tom Hanks didn't allow a cold to get in the way of his promo tour for his "Bridge of Spies" movie. Sitting down with "Extra's" AJ Calloway, he said, "Dude, I've had a virus for seven days. I don't recommend it. I'm trying to come up with a name for it. And I don't think the papal virus. I don't think I should say that."

While spreading the word on his film in NYC, he was always in close proximity to Pope Francis. "I'm staying not too far from where he is. In the lobby of the building I'm staying at, there were cops laying everywhere with their feet up on the furniture."

When AJ asked if the cops were there for him, he jokingly responded, "It was either me or Rihanna, 'cause she sang in the park the next day. And I wonder if she and the Pope were staying together. They should've invited us over."

Though Tom stayed near the Pope, he didn't get to have any one-on-one time. "He heard I was sick. But don't you think he could've cured me? He's the Pope, for cryin' out loud."

Hanks recently took time away from promoting his movie to officiate Allison Williams' wedding to Ricky Van Veen. He shared, "Well, here's what I did — I studied the ministry for over $35. And if you want to call me the Right Reverend Tom Hanks, I think you should.”

On whether he would officiate more celebrity weddings, Hanks replied, "I'm for rent. If you can afford the honorarium, I'll be there for ya."

During the interview, the 59-year-old actor also opened up about wife Rita Wilson's health following her double mastectomy for breast cancer. "Her health is fantastic. She took on not only the crisis, but also the issues of womens' cancers in a way that I thought was extremely brave and beautiful. I'm glad we're not in high school, because I wouldn't have the courage to talk to her in the hallway."

"I'm a lucky man," Hanks gushed about his life with Rita. He also shared his secret to long-lasting marriage. "Don't be stupid. I think that anybody that gets married is partaking in an act of bravery." 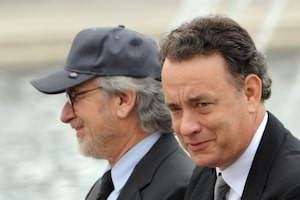 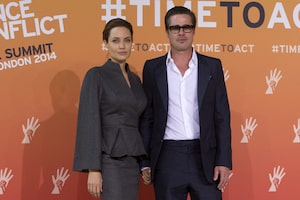 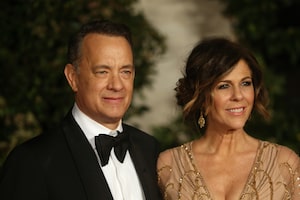