She and brother Justin attended a celebration for their eco-accessories line Bare, where she opened up about the most magical thing about motherhood. She told E! News, "Probably the moment he wakes up from a nap. He's sort of looking around and you sort of creep up and look over the crib and he looks up and he goes [Biel lets out a big sighing sound]. Just a gummy mouth, no teeth, just a big smile, happy that you're alive and you're just looking at him. That's probably the most magical."

Another person who makes Jessica smile is husband Justin Timberlake, who was a huge surprise guest on Taylor Swift's final concert stop at Staples Center on the 1989 tour. Jessica was on hand for the concert and said, "It was super fun. We are fans of music from all walks of the spectrum, from country to rock to R&B, to hip hop, whatever. I'll pretty much see anyone live.” 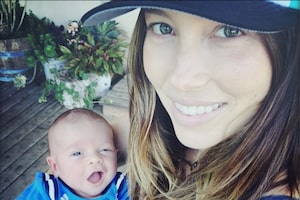 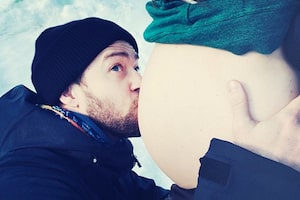 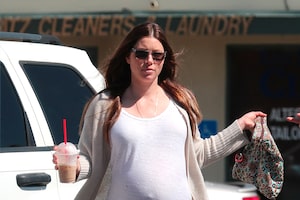 Jessica Biel's Baby Bump on Display! How Close Is She to Having a Timber-Baby?