Jane Lynch took a moment to chat with "Extra's" Renee Bargh about her new role in the upcoming show "Angel from Hell."

Lynch is swapping her Sue Sylvester role in "Glee" to play a guardian angel, who is sent to watch over a doctor played by Maggie Lawson. She said about her character, "I'm loose, kinda homeless, smell of alcohol, yea kind of a mess."

When asked if presidential candidate Donald Trump needs a guardian angel, Jane responded, "He's shutting out his guardian angels. He has all his life. He's just pure ego."

Mark your calendars, "Angel from Hell" premieres November 5 on CBS. 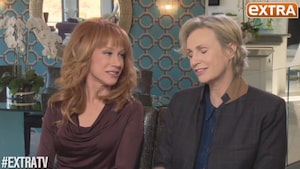 How Well Do They Know Each Other? Kathy Griffin and Jane Lynch Take Our BFF Quiz! 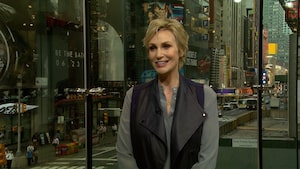 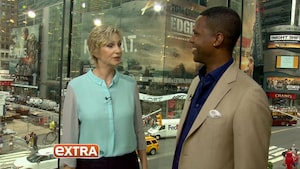