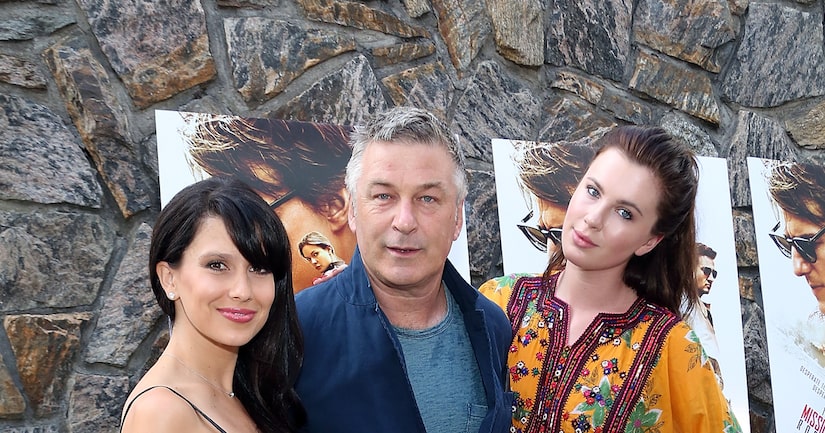 It was date night for Hilaria and Alec Baldwin this weekend as they hosted a special screening of “Mission: Impossible – Rogue Nation” in the Hamptons.

Alec, who stars in the film as the head of the CIA on the hunt for Tom Cruise's character Ethan Hunt, is thrilled about the movie.

He told “Extra” that he hasn't been in a movie like this in a long time, and gushed over working with Cruise. “Tom is such a unique animal, you know there's nobody making these kinds of movies anymore.”

The Baldwins, who just welcomed son Rafael five weeks ago, opened up about life at home with their new bundle of joy and daughter Carmen who turns 2 next month. The couple admitted they aren't getting much sleep.

Hilaria also gave us an update on how Rafa, as they affectionately call him, is doing. “He's good, he's so sweet, he's getting really chubby, really, really chubby.” Alec added, “He's filling out!”

Alec went on, “You look at a woman with two young children, and literally she feeds the baby, he passes out, he goes into his coma, she lays him down, then she picks up my daughter and plays with her.”

Hilaria admitted it's hard to balance life with a baby and toddler. “She (Carmen) doesn't want me to hold him all the time… I try to have her help me with everything. It's been working.”