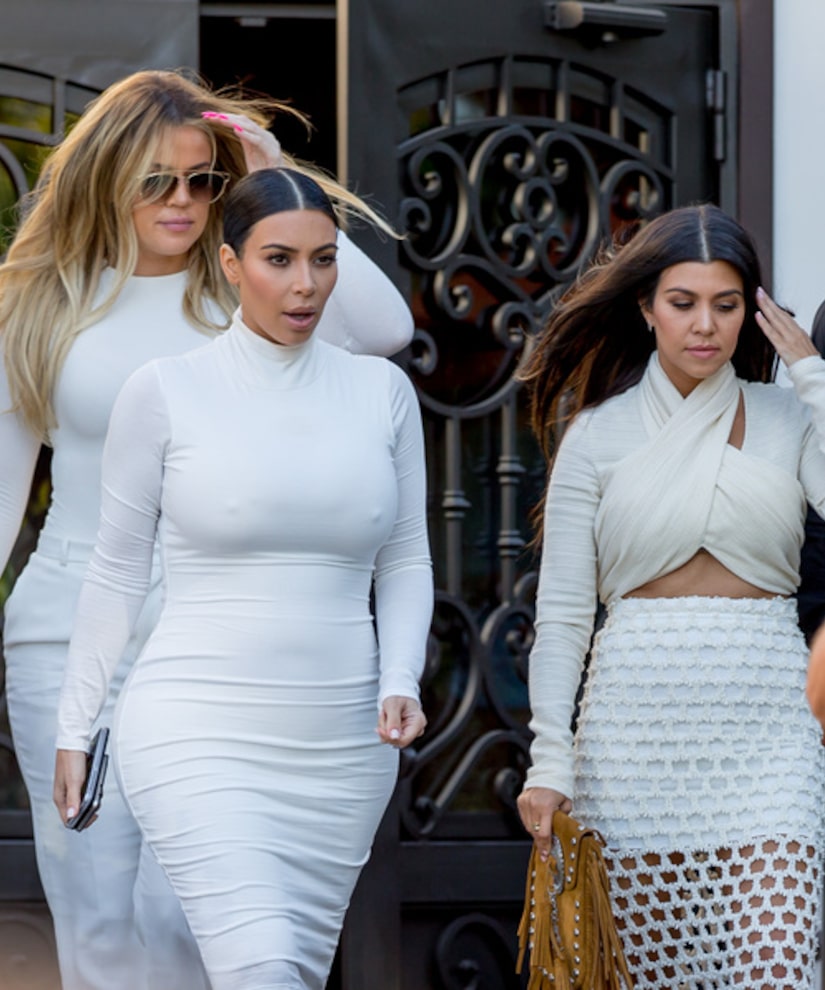 Just days after Kourtney Kardashian's split from baby daddy Scott Disick went public, she got a public show of support from sisters Kim and Khloe. The trio stepped out together to do dinner at Los Angeles restaurant Casa Escobar, where they were spied with "Keeping Up with the Kardashians" cameras in tow.

Kourtney's breakup will presumably a major plotline on the next season of the hit E! show. 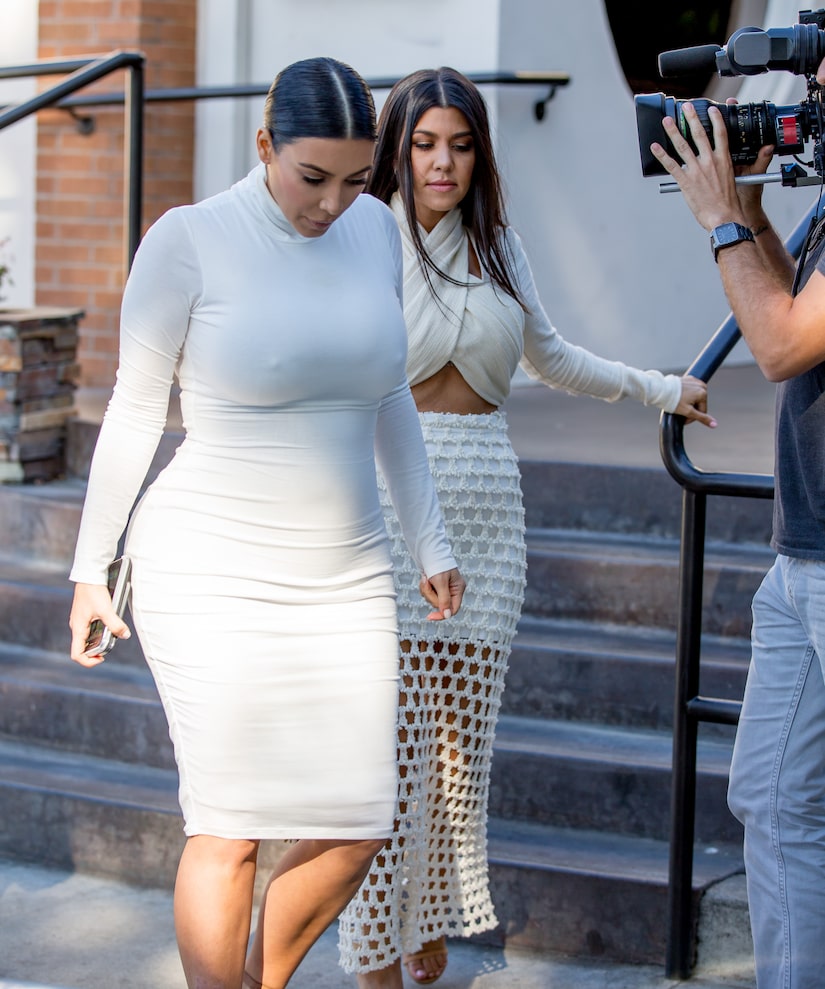 The always glam reality sisters hit the hotspot, all dressed in white, pregnant Kim squeezed into a skintight LWD. Kourtney revealed just how much she leans on her siblings with a series of selfies, which she captioned, "My Aces. Can you have two aces?! Well lucky me, I do."

This outing comes as People Magazine reports that these pictures of Scott Disick on vacation with his ex, Chloe Bartoli, were "the last straw" in his 9-year relationship with Kourtney. The mag quotes a source close to the couple, saying, "The bottom line is Scott threw this away. It's too bad."

Scott has already launched into bachelor life, inviting his 9.4 million Instagram followers to party with him in Las Vegas.