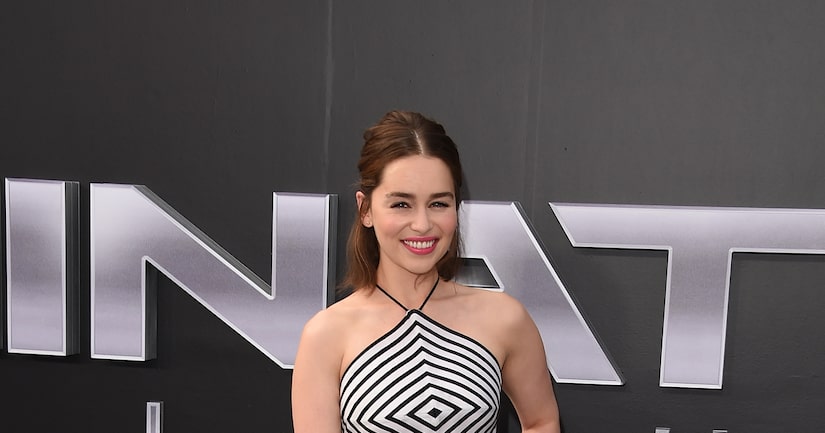 Actress Emilia Clarke stunned on Sunday at the Los Angeles premiere of “Terminator Genisys” in a black and white-striped gown, which unfortunately was accessorized with a pair of crutches.

Emilia, who co-stars with Arnold Schwarzenegger in the action flick, told “Extra” that she fractured her hip.

"Arnold was teaching me some of his best break dancing moves, and I took it way too seriously,” she joked. The real cause of Emilia's injury was a slip, but the “Game of Thrones” star didn't let that slow her down on the red carpet.

“Extra” also caught up with Emilia's dance partner, Arnold Schwarzenegger, who got lots of fan love at the premiere. “It's great to be here with all these thousands of fans up and down Hollywood Boulevard.”

In the film, John Connor (played by Jason Clarke) is a leader of the human resistance against Skynet, who sends his friend Kyle Reese (played by Jai Courtney) back to 1984 to protect his mother, Sarah (played by Clarke), from a Terminator assassin, however, when an unexpected turn of events creates an altered timeline the once-scared Sarah is now a skilled fighter and has a Terminator guardian (played by Schwarzenegger) by her side. Faced with unlikely allies and dangerous new enemies, Reese and Sarah set out on an unexpected new mission: reset the future. 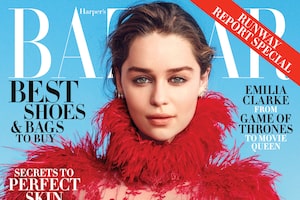 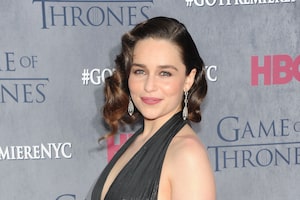 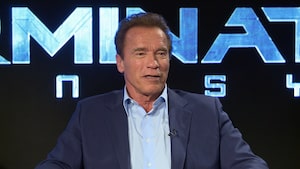