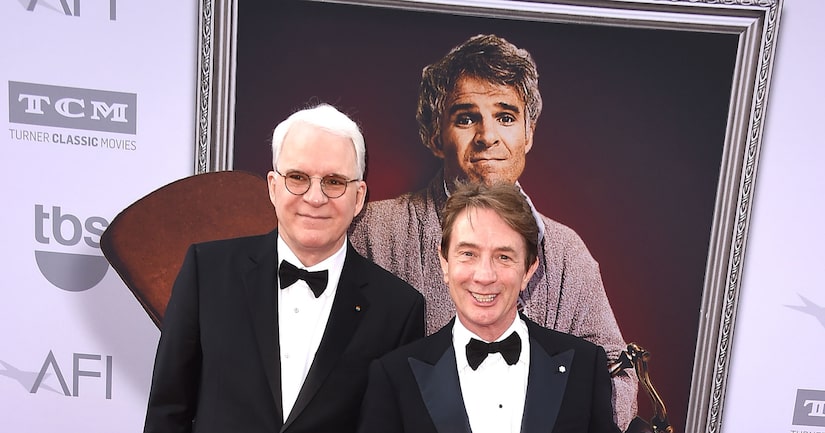 Steve Martin was honored with the American Film Institute's 43rd Life Achievement Award on June 4 in Hollywood, where his “Three Amigos” co-star Martin Short was just one of many who paid tribute to the funnyman for his amazing, five-decade career.

Martin's longtime friend, Martin Short, was just one of many who had the room rolling as he roasted his “Father of the Bride” co-star, joking, "People sometimes ask me, 'How do you duplicate Steve Martin's longevity in show business?,' and my advice for them is try to look 70 when you're in your thirties.”

Short also poked fun at what he learned from his onscreen partner. "Steve's name must appear on the movie poster, and if there's room for the movie title, great."

Steve Martin thanked AFI for the award, and ended the evening on a humble note, saying, "Last year, I was walking down the street and a young girl about 17 said to me, 'Did you do that movie 'The Jerk'? I said, 'Yes, I did,' and she said, 'You gonna do another movie?'"

"Extra's" Charissa Thompson was on the red carpet with Martin and Short at the awards show.

The three joked around with each other quite a bit during the interview, especially when Short asked Martin who his least favorite person in show business was. Watch Steve Martin's hilarious response! 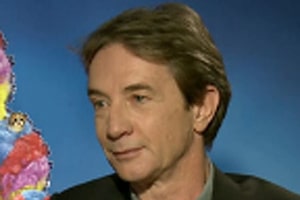 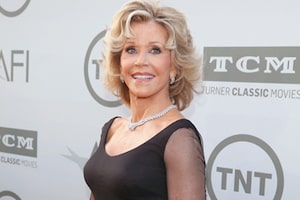 AFI honored Jane Fonda with the institute's Life Achievement Award at a celebration in Hollywood. 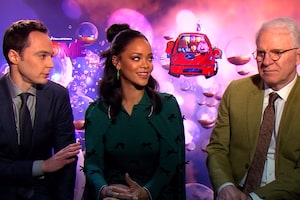 What Could Possibly Bring Together Rihanna, Jim Parsons and Steve Martin?