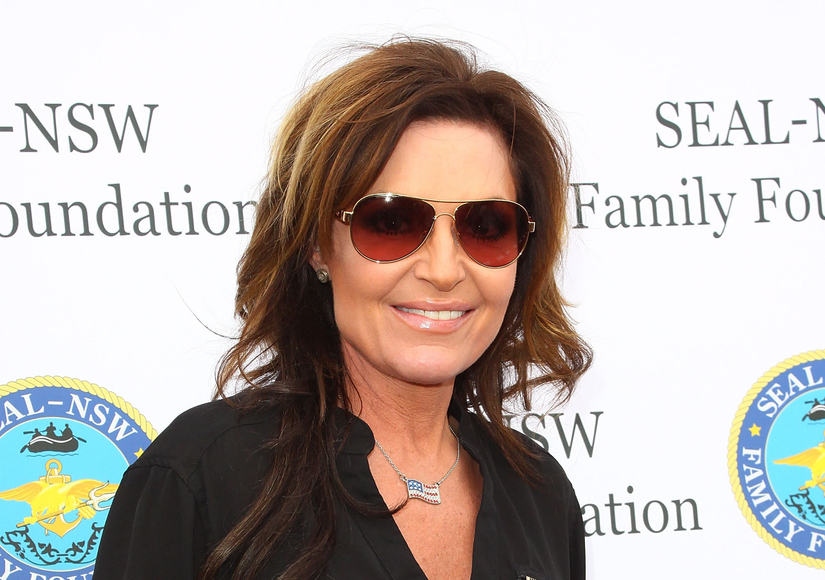 Getty Images
Sarah Palin spoke to “Extra” at the Seal-Navy Special Warfare Family Foundation this past weekend, where the former Governor spoke about whether she’ll run for President in 2016, saying, “Well, we’ll see what happens.”

“It’s a huge commitment with the family, with time, with resources,” Palin conceded aboard the USS Iowa in San Pedro. “I think every single one so far, plus more, will be able to give Hillary a run for their money.”

The former VP candidate played coy at the event, saying, “Don't be surprised if you see… a few more names offer themselves up in the name of service.”

Palin attended the fundraising event, along with Gene Simmons and famous auctioneer Sharon Stone, to honor the Navy Special Warfare community and their families for their military service, and to honor fallen heroes.

Taya Kyle, Navy Seal Chris Kyle’s widow, was absent from the event, but not forgotten by Palin, who said, “I just wish that Taya could be here tonight.”

“No one can really understand the sacrifice that she makes every single day,” Palin continued. “Willing to do all that she can to continue the good things that are going on in this country… she's another one of our heroes.”

Let us know if you think Sarah Palin should run for President in the comments section below. 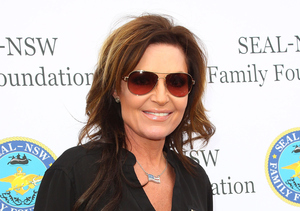 Sarah Palin to 'Extra’: Daughter Bristol’s Wedding Off… for Now 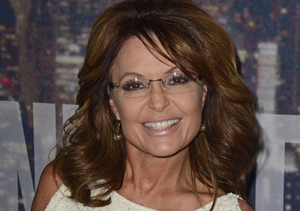 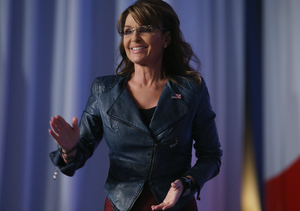 Why Ryan Seacrest Has Been Absent on ‘Live! With Kelly and Ryan’ 5