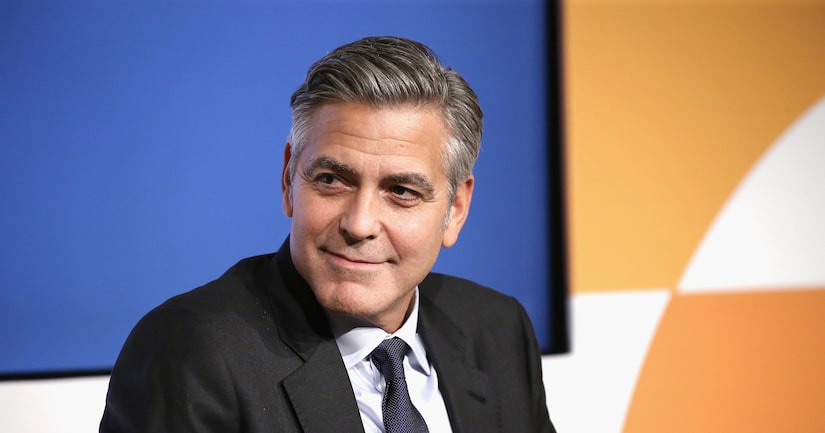 George Clooney is having a big week! The actor celebrated his 54th birthday, attended the Met Gala with wife Amal, and today the star is in Los Angeles promoting his new movie “Tomorrowland.” He sat down with “Extra's” Mario Lopez to set the record straight on reports Amal showered him with birthday gifts, including a Porsche and smoothie maker.

“Didn't get a blender, didn't get a Porsche,” Clooney joked. The actor was coy about what Amal did get him, saying, “I can't tell you that,” but he did confirm that they celebrated. “We had a little party last night… from what I remember of it, it was a good time.”

The actor also opened up about life with his new bride, and attending the Costume Institute Gala. “It's like going to the Oscars without having to worry about speeches or anything, it's fun, I really enjoyed myself.” George gushed over Amal's sense of style, “From the day I met her, she has the incredibly eclectic, sort of wild style. She just has her own style, she doesn't have a stylist or anything, she just picks clothes. She shows up, and I'm like, that's unbelievable, she'll tell me she's gonna wear some dress, then I see it and I'm like, wow, that's stunning.”

Clooney revealed he got Amal into watching March Madness at home, but confessed she isn't into watching sports all the time. “I watch sports, and it kills her because I got her into March Madness a little. I'm a huge Kentucky fan, so I'm watching cause I think we're gonna win it, so she knows about the Harrison twins, she got into that, but it was enough, so the next week was the Masters, and I'm watching that and she goes, 'So every weekend we're gonna be watching a sporting event?' I'm like, actually that's how it works.”

In his new film, George plays a former boy genius who helps a teenage girl discover the secret world in “Tomorrowland,” which was inspired by the late Walt Disney's theme park attraction. Clooney said, “There was a plan to build a Tomorrowland under the Tomorrowland, and from that became the basis of these guys wanting to write a movie, a story not exactly about that, but the idea of it came from that.”

He continued, “I just thought it was so imaginative and so interesting, and their aspirations were so high, I thought it would be fun to do.”

Visit “Tomorrowland,” in theaters May 22. 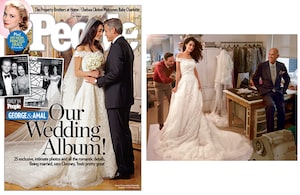 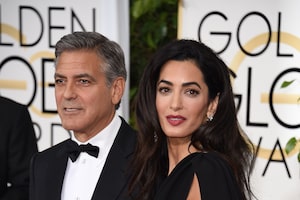 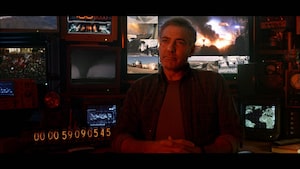 Trailer! George Clooney Heads to Where Nothing is Impossible in 'Tomorrowland'