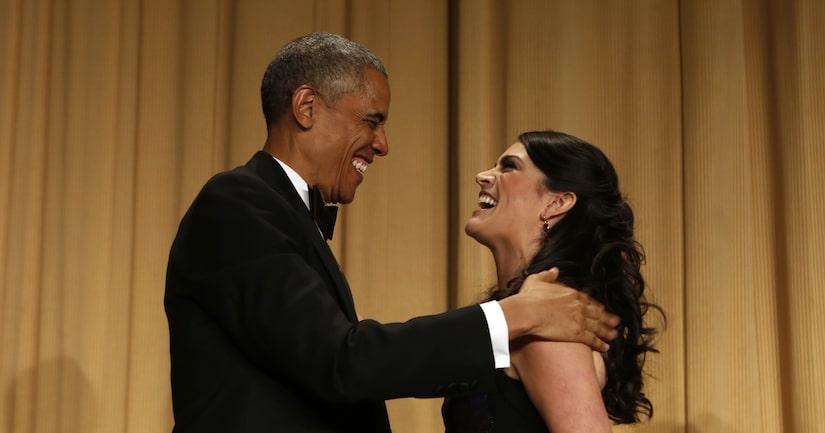 His speech was kicked off by a short intro showing Photoshopped images of the president interviewing Grumpy Cat, playing golf on top of the White House, and rocking out to Icona Pop's "I Don't Care."

Next, the president zinged former Vice President Dick Cheney for calling President Obama the worst president in his lifetime ("I think Dick Cheney is the worst president of my lifetime"), Michele Bachmann for predicting that President Obama would bring about the End of Days ("Now that's a legacy!), and Joe Biden for his infamous shoulder massages. As the gathering included every major news organization, the President also gleefully roasted all the outlets. It was definitely payback time! 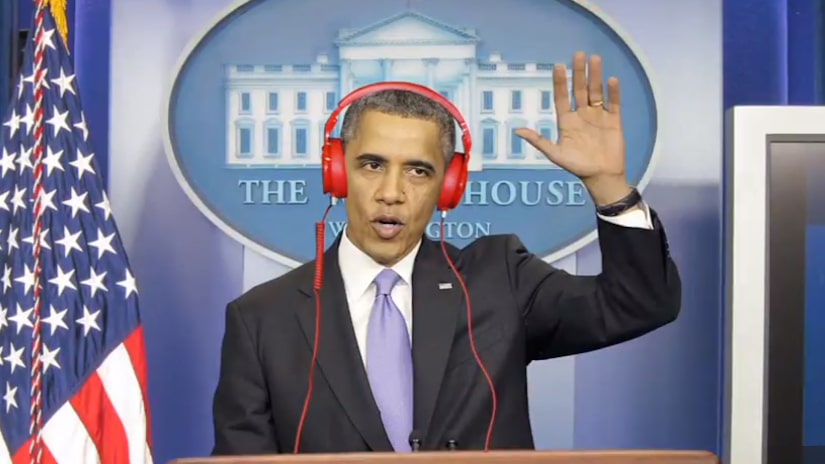 [Credit: The White House]
The most outrageous bit found the president reading a standard speech with Keegan-Michael Key playing "Luther, my anger translator" behind him, screaming the things that the president was really thinking, but couldn't say.

Check out the video here.

Some of the best lines from the evening that seemed to slay more than others:

"Your hair is so white now it can talk back to the police!" — Cecily Strong on President Obama's hair

"It's an honor to be here at the Washington Hilton... is something a prostitute might say to a congressman." — Cecily Strong

"We've gotten so close, in some places in Indiana, they won't serve us pizza anymore." — President Obama on Vice President Biden

"FOX News is losing some viewers... and may they rest in peace." — Cecily Strong

"I look so old, John Boehner's already invited Netanyahu to speak at my funeral." — President Obama

"BuzzFeed is here, but I could show you a listicle of 17 reasons why they shouldn't be." — Cecily Strong

"People say I'm arrogant and aloof... some people are so dumb." — President Obama

"I had a friend, just a few weeks ago, she was making millions of dollars a year, and now she's living out of a van in Iowa." — President Obama on Hillary Clinton

"They are the only law enforcement agency in the country that will get in trouble if a black man gets shot." — Cecily Strong on the Secret Service

"Extra" was also in Washington, D.C. this past weekend, and teamed up with The Hill to throw a party at the Canadian Embassy to celebrate the White House Correspondents' Dinner.

Our AJ Calloway was on the red carpet at the event, and caught up with Lucy Liu, who dished on Hillary Clinton's 2016 presidential run, and "Nashville" star Connie Britton who spilled some details on the show's upcoming finale.

AJ was also with journalists Don Lemon, and Tamron Hall, "House of Cards" star Constance Zimmer, The Hill owner Jimmy Finkelstein, and Canadian Ambassador to the US Gary Doer.

For all the latest political news, visit TheHill.com.

AJ was also at the White House Correspondents' Dinner, and we have his highlights from the red carpet as he chatted with the night's big stars, including Jane Fonda, Laverne Cox, Chrissy Teigen, Tracee Ellis Ross, Anthony Anderson, and Billie Jean King.

"Extra" was also inside the event, spying the celeb couples not he carpet, and taking a look at the funniest moments with President Obama and the night's host, "SNL's" Cecily Strong. Watch! 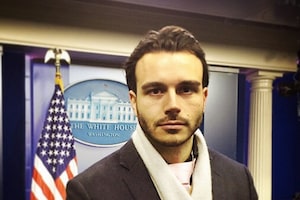 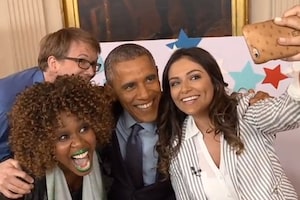 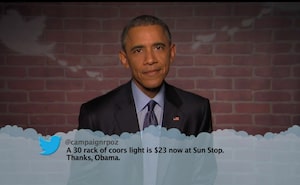