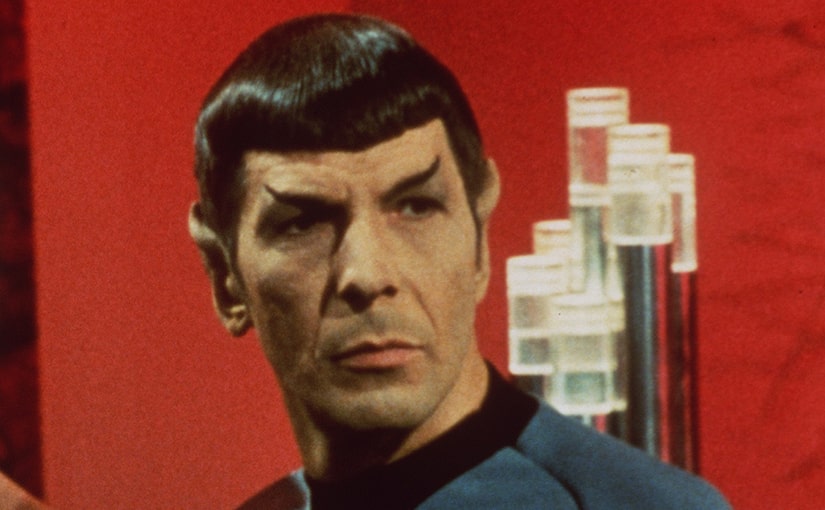 Actor Leonard Nimoy, who will forever be remembered as Mr. Spock from the classic “Star Trek” series, died on Friday morning at his home in the Bel Air section of Los Angeles. He was 83.

Nimoy had announced he was suffering from the disease last year and said it was because he had been a longtime smoker before giving up the habit three decades ago.

A life is like a garden. Perfect moments can be had, but not preserved, except in memory. LLAP

According to the Times, Nimoy was teaching a Method class in the '60s when he was cast as Spock, the intellectual and inscrutable Vulcan known for his pointy ears, mind melds and Vulcan greetings such as “Live long and prosper.”

“Star Trek” debuted in 1966, and although the show had a rough start in the ratings, it grew to cult status, making Nimoy and co-star William Shatner as Capt. James T. Kirk, stars and eventual sci-fi icons.

Shatner posted a tribute to his friend, writing, "I loved him like a brother. We will all miss his humor, his talent, and his capacity to love -William Shatner."

In the first, he wrote, “In Spock, I finally found the best of both worlds: to be widely accepted in public approval and yet be able to continue to play the insulated alien through the Vulcan character.”

Director J.J. Abrams revived the “Star Trek” film franchise in 2009, giving us a prequel of sorts to the “Star Trek” characters. Zachary Quinto was cast as a young Spock, and Nimoy made a cameo as an older version of the same character. Mr. Nimoy also appeared in the 2013 follow-up, “Star Trek Into Darkness.”

The actor's voice was well known as the narrator of the hit TV docu series “In Search Of…” and most recently the History Channel's “Ancient Mysteries.”

Nimoy is survived by his wife, two children with his first wife, six grandchildren, one great-grandchild, and an older brother. 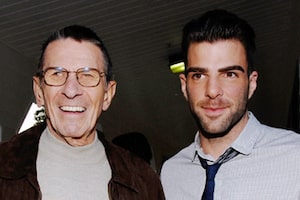 Video! Leonard Nimoy & Zachary Quinto in Battle of the Spocks