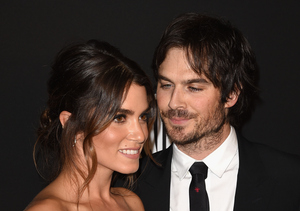 Getty Images
Nikki hit the Catdance Film Festival in Park City, Utah and opened up about her man, telling the magazine, "He's so beautiful inside and out! He's quite possibly the most amazing man that's ever walked the planet, it's crazy. I'm so lucky, I love him." 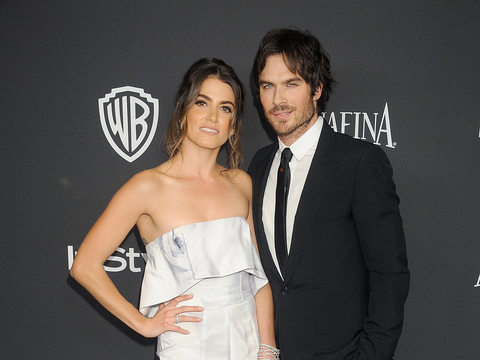 The pair have been dating for six months, and wedding talk really ramped up when they went very public at the Golden Globes after-party scene. Nikki's divorce from "American Idol" alum Paul McDonald just became final at the beginning of the year. Ian and his co-star Nina Dobrev reportedly broke up in the Spring of 2013. He's previously been linked to Maggie Grace, Nicky Hilton, and Kate Bosworth.

Nikki wasn't giving up any wedding planning details at Catdance, but Hollywoodlife reports they're working on a June date. And while there was no diamond on display, she was rocking a cat ring, helping raise funds for the ASPCA.

Check out this fabulous ring that I wore tonight at #catdance. You can find it at Freshstep.com, and all of the proceeds benefit the @aspca - @freshsteplitter