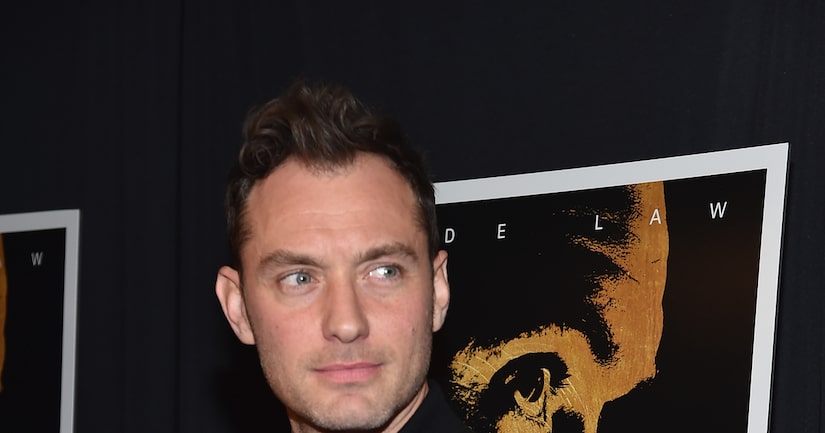 Are Jude Law and Robert Downey Jr. heading back to the big screen for “Sherlock Holmes 3”?

Law told “Extra's” AJ Calloway, “I would love to!” adding that he's just as excited about seeing another crime-fighting adventure in this popular movie franchise. “We'll see. I haven't been approached.”

Calloway suggested calling Downey Jr. and Jude smiled, “I keep trying. He has a lot on his plate. He's a busy man.”

In the meantime, Law is promoting his latest thriller “Black Sea,” in which he plays a gritty submarine caption leading a misfit crew of desperate men to the bottom of the Black Sea to recover rumored treasure from a sunken WWII German U-boat.

Law explained they shot parts of the film inside an actual submarine, but he didn't feel too claustrophobic. “It wasn't too bad for me. You have to get into a zone when you're in there for the whole day. You have to be patient and keep calm.”

The actor also admitted there “was a lot of testosterone. A lot of male bonding.”

Law will next be seen in the new action comedy “Spy,” with funnylady Melissa McCarthy. Jude smiled, “That was a blast!” 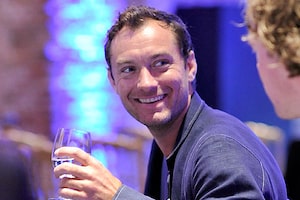 Jude Law to Become a Dad for Fifth Time 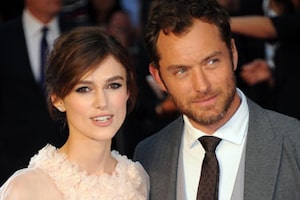 Jude Law was spotted leaving the Noel Coward Theatre in London after his performance in "Henry V."