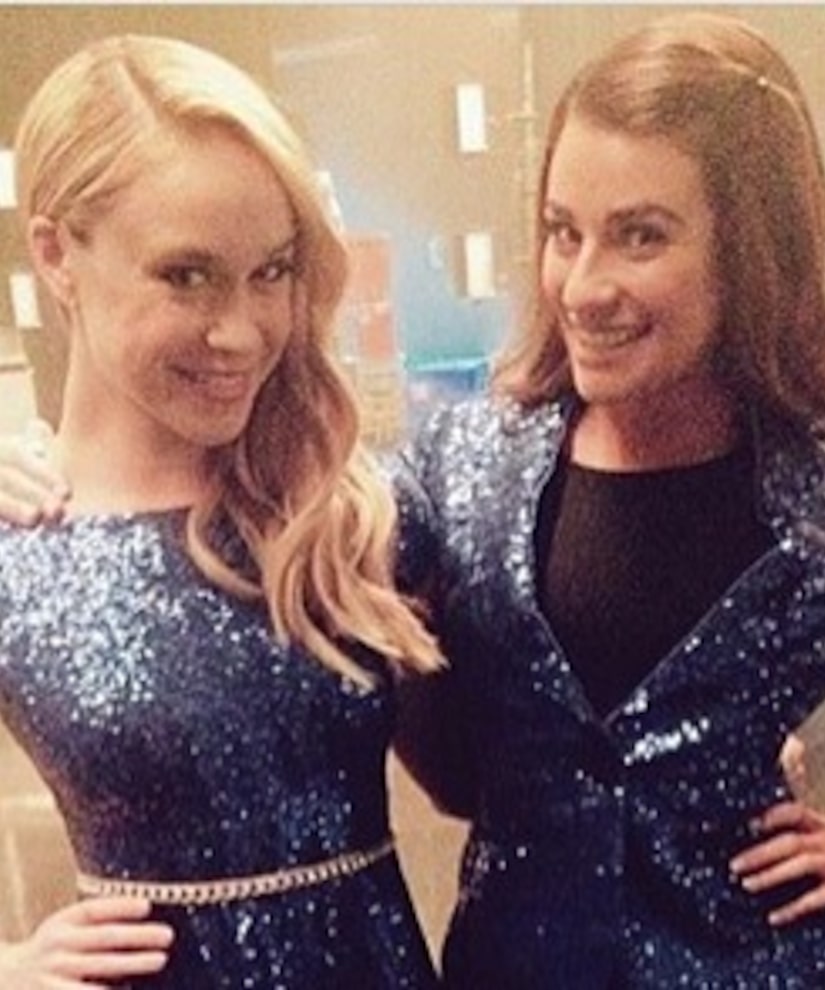 Lea Michele is back to work on the set of Glee, and she's revealing her new bob cut in a snap with co-star Becca Tobin.

The pic, originally posted on Becca's instagram account, shows the pair on the set in sequined outfits. Lea joked that the matching sparkly looks made them look like magician's assistants, "Come see our magic show in Vegas."

Lea rocked her normally long brunette hairdo just over a week ago at the Golden Globes Warner Bros. and Instyle after party, where she showed lots of leg, lots of skin, and no sequins. 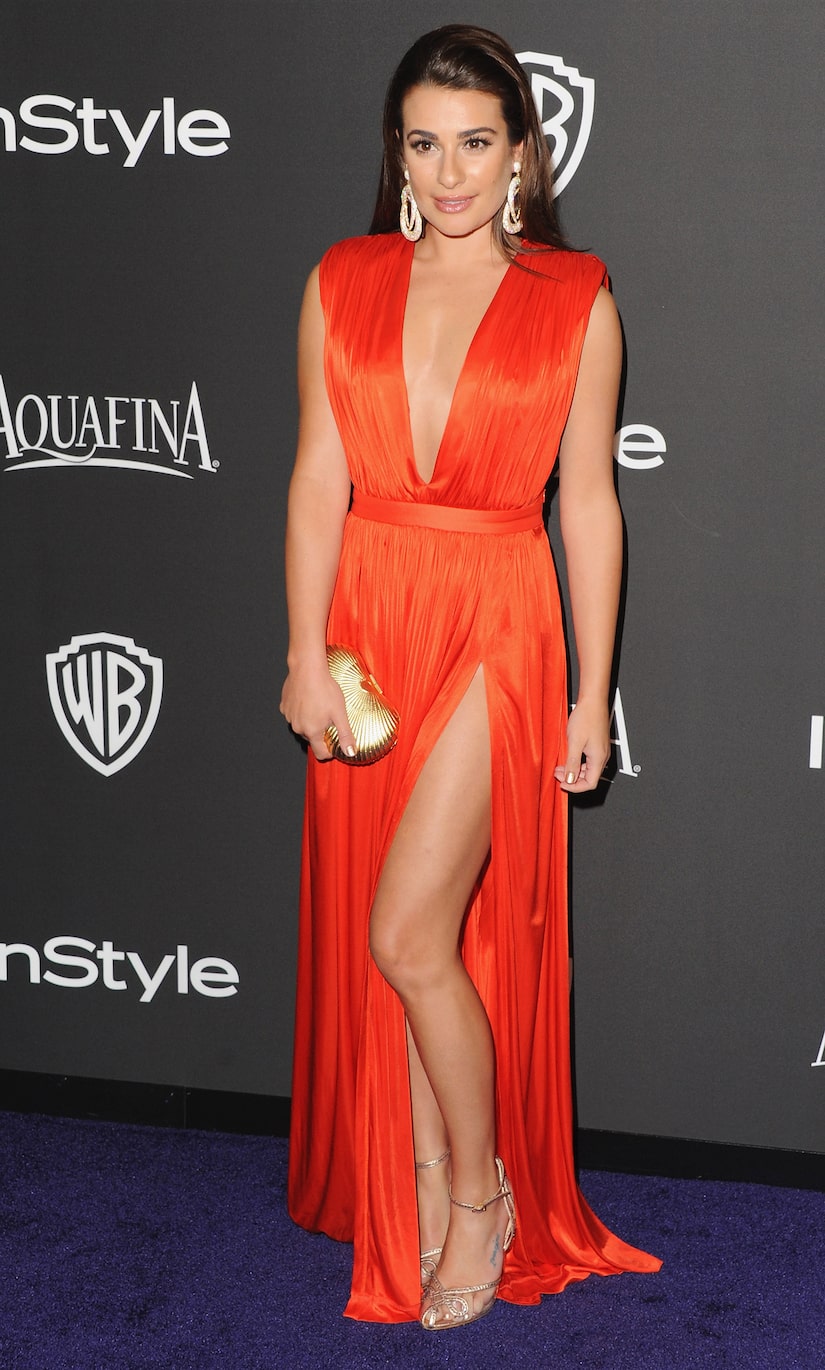 All that being said, this could be a hairdresser trick on the set and she could be hiding her longer hair. But gotta say, we kinda love it.