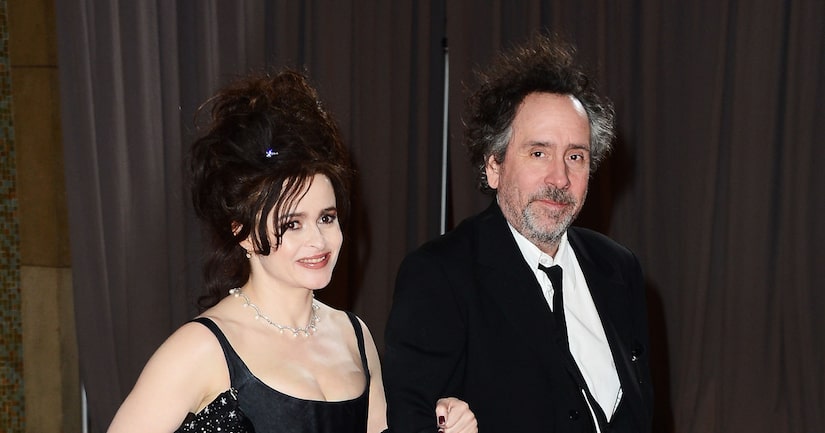 The couple stepped out in London with their two children Billy, 11, and Nell, 7, looking amicable and casual. See the pic here!

Last week, the longtime collaborators released a statement regarding their separation. "Tim Burton and Helena Bonham Carter separated amicably earlier this year and have continued to be friends and co-parent their children. We would ask that you respect their privacy and that of their children during this time."

Meanwhile, MailOnline.com reports Burton, 56, is already involved in a relationship with Berenice Percival, a production assistant who has been working for him for three years. The 39-year-old was reportedly the mystery blonde who was seen last year kissing the “Big Eyes” director.

Sources tell the site Percival was one of the factors in Burton's split with Carter.

An insider said the actress knew about the relationship and, “She thought Tim was having a midlife crisis and gave him room to get it out of his system. But it never happened so she reluctantly decided to end things.” 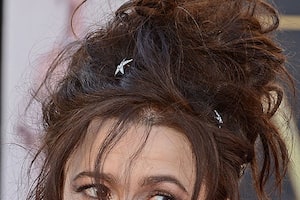 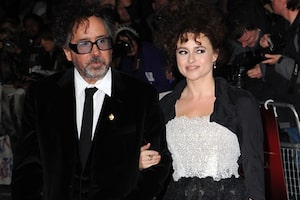 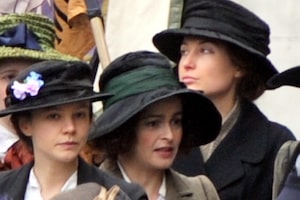 Carey Mulligan and Helena Bonham Carter were spotted on the London set of the "Suffragette."