The gorgeous Jennifer Aniston graces the January cover of Allure magazine, in which she talks about her role in “Cake,” motherhood… and her hair, of course, as she poses topless with longtime friend and hairstylist Chris McMillan. 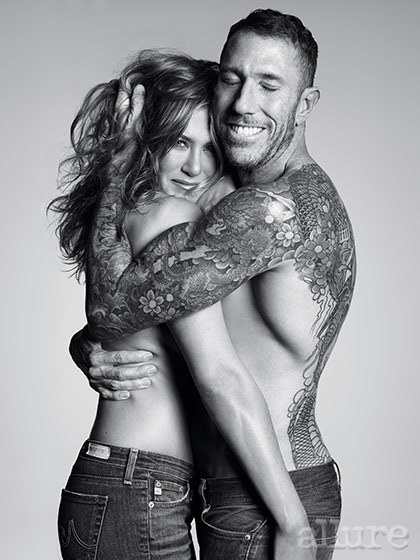 Since her time on “Friends,” Aniston has been setting hair trends, but she fully admits that it takes a lot of time to keep her locks perfectly coiffed.

She explained to the mag, "The amount of crap that I'd have to load up, layering different products and going down to the ocean and getting some water bottles filled with beach water [to spray on it]. That would work. But how often are you near a beach? It's nice to let it go raw and animal. You just have to have the right product,” like the Living Proof Curl, a line of products co-owned by Aniston that helps curly hair hold its shape without frizz.

As for her career, Aniston downplayed her looks in the drama “Cake,” playing a woman suffering from chronic pain after being in a car crash, and recently received a SAG and Golden Globe nomination for the performance.

The actress said, "So much of the exercise was just letting yourself fall apart,” adding, “A woman going physically unattractive is where you get recognition and some sort of respect. You read things like, 'Oh, finally, she's acting!'”

What does she make of the fact that so much attention is paid to the physical appearances of actresses, especially when they go without makeup for a role? "Quite sexist, to be honest, because men don't get that."

Aniston spoke out about her motherhood choices as well. "I don't like [the pressure] that people put on me, on women -- that you've failed yourself as a female because you haven't procreated. I don't think it's fair. You may not have a child come out of your vagina, but that doesn't mean you aren't mothering -- dogs, friends, friends' children."

On fiancé Justin Theroux, Aniston says, "I'm so proud of him. We have so much fun together... it was nice to learn how to sort of relinquish control and let someone really care deeply for you. It's quite wonderful."

Read more of Jen’s interview and see her style evolution at Allure.com. 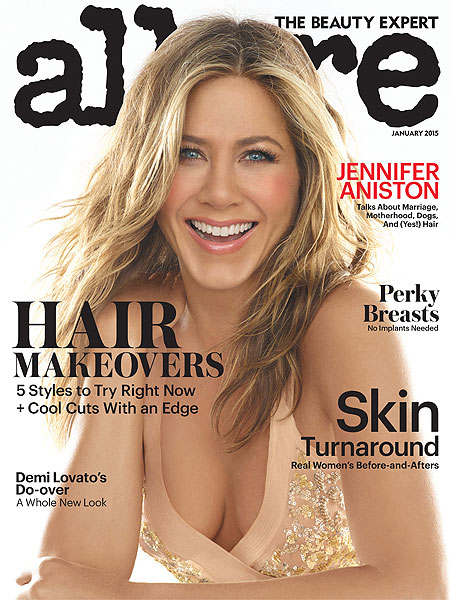 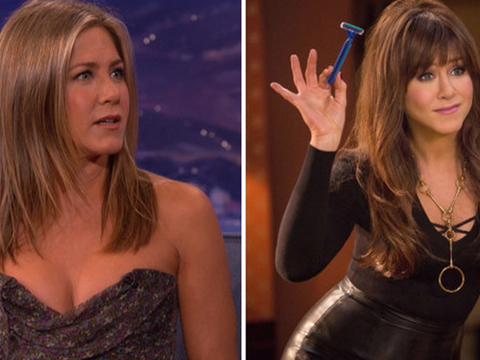 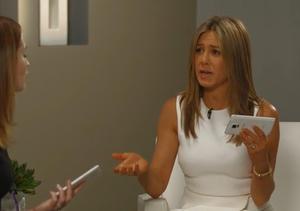 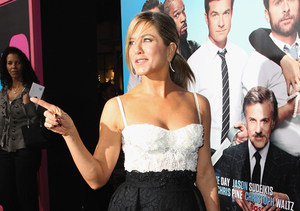