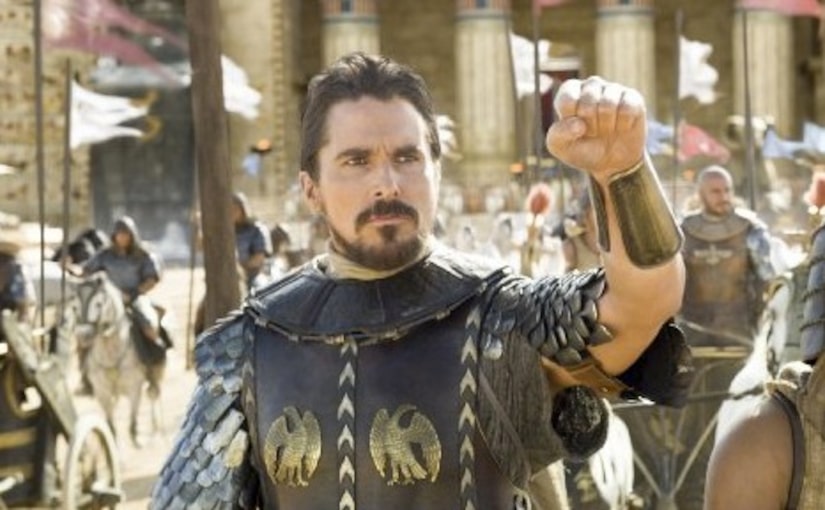 The holidays are here, and that means it's time to look at all the great movies coming out at the end of 2014!

There's a biblical epic (“Exodus: Gods and Kings”); a Middle-Earth ending of all endings (“The Hobbit: The Battle of Five Armies”); a fairy-tale musical (“Into the Woods”); and even more possible Oscar contenders (“Wild,” “Selma,” “Unbroken” and “American Sniper”).

Here are the 10 films we are most excited about:

What: Based on a true story, Witherspoon plays author Cheryl Strayed, who -- after a traumatic experience -- decides to hike 1,100 miles on the Pacific Crest Trail to rediscover herself. With no makeup and some physically and emotionally raw moments, Witherspoon should be a lock for a Best Actress nomination.

What: It's Moses, that's what! Bale plays the Old Testament icon in this re-telling of the epic tale of pharaohs, Jewish slaves, plagues and the parting of the Red Sea, guided by the capable Ridley Scott.

What: Based on the novel by Thomas Pynchon, the dark comedy is set in 1970, drug-fueled Los Angeles, and follows detective Larry "Doc" Sportello (Phoenix) as he investigates the disappearance of a former girlfriend. With such a super-charged cast and an Oscar darling director, this should be one to watch for come awards season.

What: Could this really be the last film in Middle-Earth? In the final “Hobbit” installment, Bilbo Baggins (Freeman) and the dwarves are forced into war against an armed flock of combatants and the terrifying dragon Smaug, hellbent on destroying Middle-Earth.

What: In this third “Night at the Museum” installment, Larry (Stiller), Teddy Roosevelt (Williams) and their museum friends have to travel to London in an epic quest to save the magic that brings them to life before it runs out. As one of Williams' last films, we're glad it's a comedy.

What: Wahlberg plays a down-on-his-luck literature college professor and high-stakes gambler who runs afoul of a loan shark (Goodman) and his henchmen... while he has an affair with one of his students (Larson). Wahlberg looks intense in this.

“Into the Woods” (Christmas Day)

What: The big-screen adaptation of Stephen Sondheim's classic Broadway musical boasts an all-star cast of fairytale characters who sing their way into the woods to look for their happy ending. Color it a Best Picture contender.

What: This drama tells the true story of Olympic runner Louis Zamperini, who survives a plane crash at sea and is eventually taken prisoner by Japanese forces during World War II. As Jolie's second directorial effort, she may be on her way to auteur greatness.

What: Yet another true story brought to the big screen, this drama is about Navy S.E.A.L. Chris Kyle and his military career, which includes more than 150 confirmed kills as a sharpshooter. We know how the Academy loves Eastwood!

What: A look at Martin Luther King, President Lyndon B. Johnson and the 1960s civil rights marches that changed America. With the likes of Winfrey and producer Brad Pitt behind “Selma,” you can bet this will be big come Oscar time.

“Annie” (Dec. 19): Jamie Foxx, Quvenzhané Wallis, Rose Byrne and Cameron Diaz give us another big-screen adaptation of the Broadway musical.

“Big Eyes” (Christmas Day): Amy Adams plays painter Margaret Keane, who had phenomenal success in the 1950s, only to see her husband Walter Keane (Christophe Waltz) take credit for her works in the 1960s.