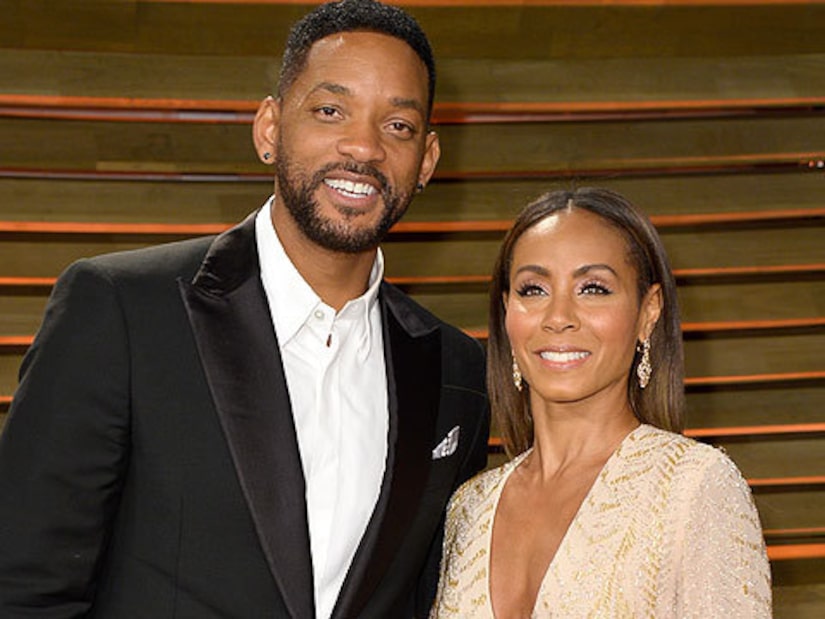 "Extra's" A.J. Calloway caught up with Jada Pinkett Smith on the "Gotham" set and talked about her villainous role on the hit FOX show, along with her appearance in the "Magic Mike" sequel.

On playing a woman from Mike's (Channing Tatum) past in the upcoming "Magic Mike XXL,” the actress revealed, "Am I enjoying it? Yes. I. Am!"

Is she encouraging husband Will Smith into a little "Magic Mike" role-play at home? She laughed, "No, no, no. I don't do that at home. It's all about Magic Will at home, and he's got it down."

Jada did marvel at her "Magic Mike XXL" co-star Michael Strahan's stripping skills. "Oh, let me tell you. I think that was probably the best moment of the show… I said stop playing and stop acting like you never did this before. This ain't your first run. You've done this before! He was genius."

As for Will's upcoming projects, Pinkett Smith hinted they might soon be a superhero family. She said, "He might be thinking of playing a DC character. We're going to keep that under wraps for a minute… we were excited that we might be in the DC family together."

For now, she's enjoying playing Fish Mooney on "Gotham.” Jada said, "I love playing her because I get to do so much. Fish can go anywhere. That's fun."

On her children Jaden and Willow Smith growing up, the proud mom gushed, "It's beautiful to see them coming into their own. They're their own people. As a mom, I couldn't be more proud, really."

“Magic Mike XXL” takes off July, 2015, and make sure to check out “Gotham” when it airs Mondays on FOX! 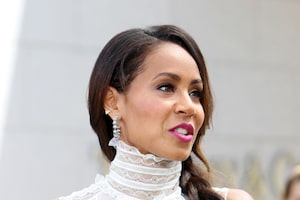 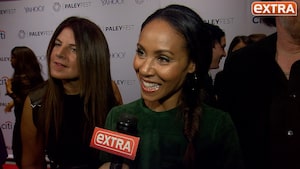 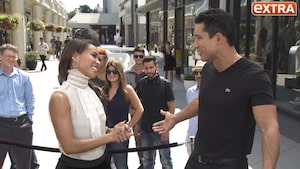