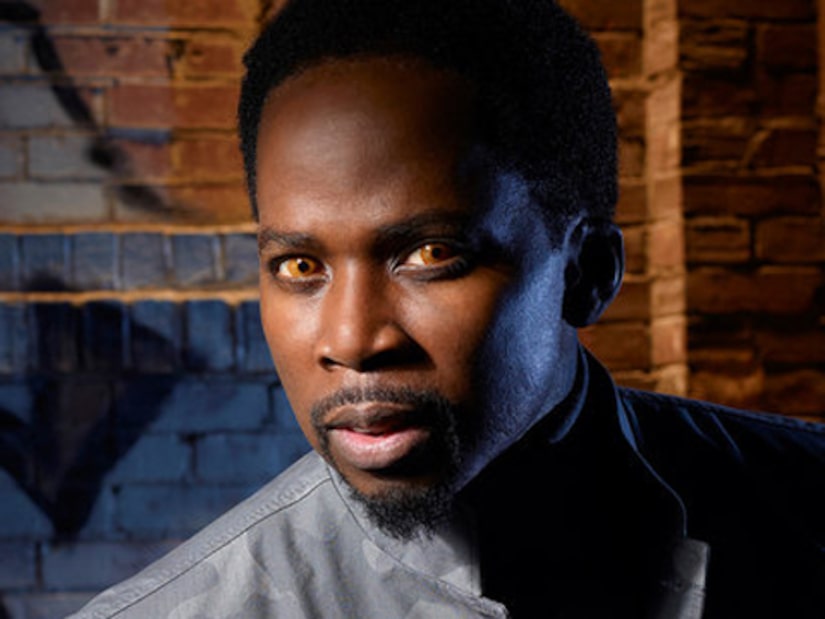 Actor Harold Perrineau, best known as Michael on “Lost,” is joining the DC universe as an angel in NBC's new drama “Constantine.”

ExtraTV.com sat down with Harold and executive producers Daniel Cerone and David Goyer to find out more.

Cerone explained that Manny, who is sometimes a guardian angel to demon hunter John Constantine (Matt Ryan), is the only new character they created for the show, which is based on the “Hellblazer” comic books.

In the graphic series, some of Constantine's deepest thoughts and richest dialogue happens in his own head! They introduced Manny in order to get him talking on the show.

Dan said, “What Manny enabled us to do was to give [Constantine] a personal angel character who is very complex and questionable… [to help] bring out that inner dialogue.”

David added that the Manny and Constantine relationship allowed them “to have a lot of difficult conversations in terms of 'Why do bad things happen to good people?' and 'Why does God allow it to happen?'”

Constantine and Manny may have a complex relationship, but that doesn't mean they are best buds. Harold joked, “It's not like a buddy cop thing. It's not like ['Lethal Weapon's'] Riggs and Murtaugh. It is a really interesting relationship. I find it interesting to play because at times he's antagonistic.”

The producers explained that Manny has a hidden agenda, one that not even Harold is privy too, likening the character to angels of the old testament.

While Manny is not in the comic books, Harold still did research to prepare, “I read the comics, because I wanted to see the tone everybody was talking about… and I went back to the Bible and went back to a bunch of Christian stories and found that angels they have really interesting stories.”

To see Harold in action, watch the premiere of “Constantine” on Friday at 10 PM on NBC.