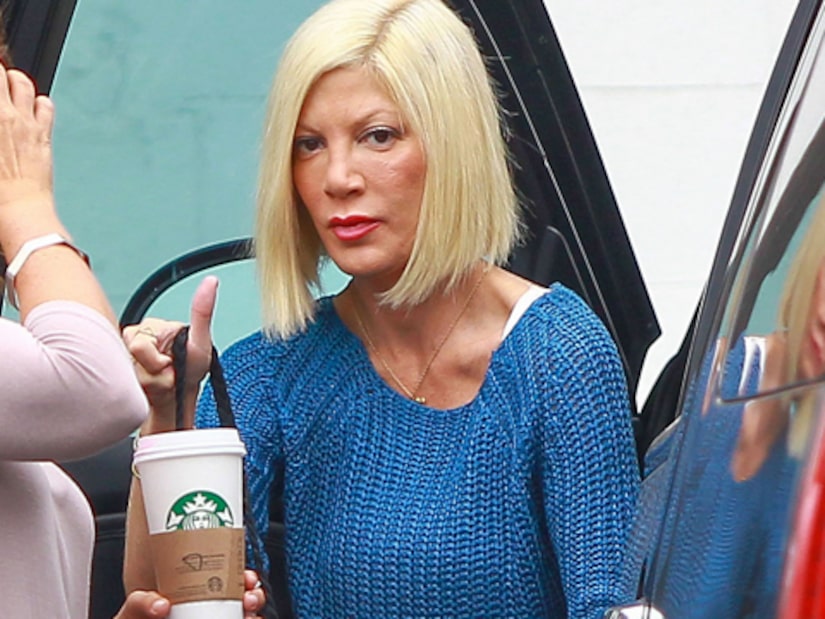 Scary! Tori Spelling was rushed to Cedars-Sinai Hospital in Los Angeles on Saturday after suffering a severe coughing attack.

TMZ reports Spelling's coughing became so severe that she nearly passed out while filming “True Tori” and had to be hospitalized. Other symptoms included a fever and trouble breathing.

The hospital initially placed Tori in quarantine until doctors could make a diagnosis. A source tells "Extra" the reality star is suffering from bronchitis and sinusitis.

She is still at Cedars, but now out of quarantine. Spelling will likely remain hospitalized for a week. Tori tweeted that Dean McDermott is by her side.

The 41-year-old has canceled a promotional appearance for “True Tori,” which premieres Oct. 21 at 9 PM on Lifetime. 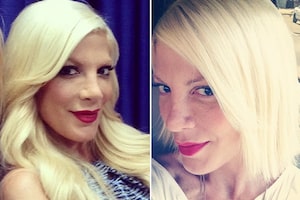 Tori Spelling Chopped Off Her Hair in the Middle of the Night! 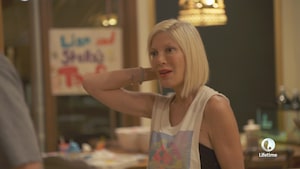 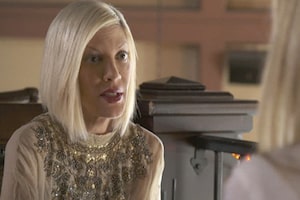