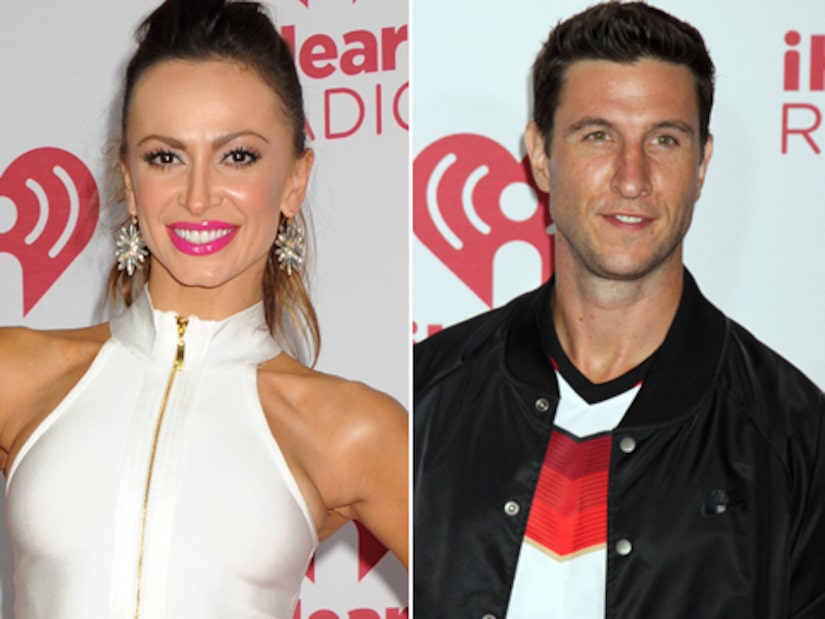 Rumor has it Karina Smirnoff is dating a new man! The “Dancing with the Stars” pro is romancing “Orange Is the New Black” star Pablo Schreiber, according to Us Weekly.

The two were spotted getting cozy at the iHeartRadio Music Festival in Las Vegas last weekend, where they watched performances by the Zac Brown Band and Usher.

A source told the mag, "They were very flirty, affectionate and touchy-feely during the entire time at the show. It looked like they had great chemistry."

Afterward, they continued the fun at Beacher's Madhouse at the MGM Grand.