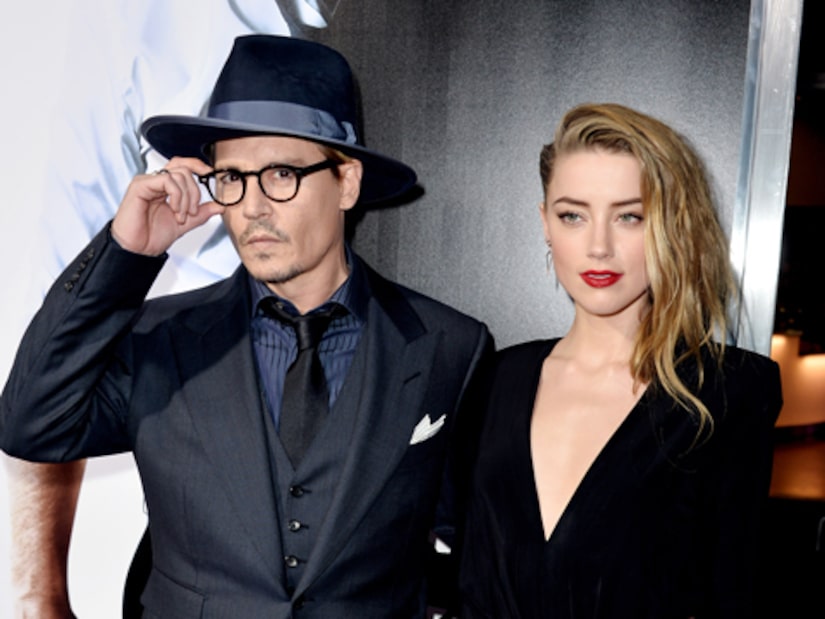 Poor Amber Heard was among A-listers like Kim Kardashian and Jennifer Lawrence who were targeted by hackers in the latest nude photo leak.

Heard may be the biggest victim to date. TMZ says she had 50 private images stolen and uploaded online.

The site says that one topless image was specifically taken for fiancé Johnny Depp, showing Heard holding up a sign that says “Tonto," Depp's character in the “Lone Ranger.”

The New York Daily News calls some of the pics X-rated.

Heard has yet to comment on the photo leak, while other victims have.

Gabrielle Union and husband Dwyane Wade released the following statement to TMZ, “[It] has come to our attention that our private moments, that were shared and deleted solely between my husband and myself, have been leaked by some vultures. I can't help but to be reminded that since the dawn of time, women and children, specifically women of color, have been victimized, and the power over their own bodies taken from them. These atrocities against women and children continue worldwide.”

Actress Meagan Good posted her response on Instagram, saying she was shocked and saddened by the violation. She added that the pics were taken for her husband, and criticized those who re-posted the photos.

“For everyone re-posting the leaked nudes? You should be ashamed of yourselves,” she said.