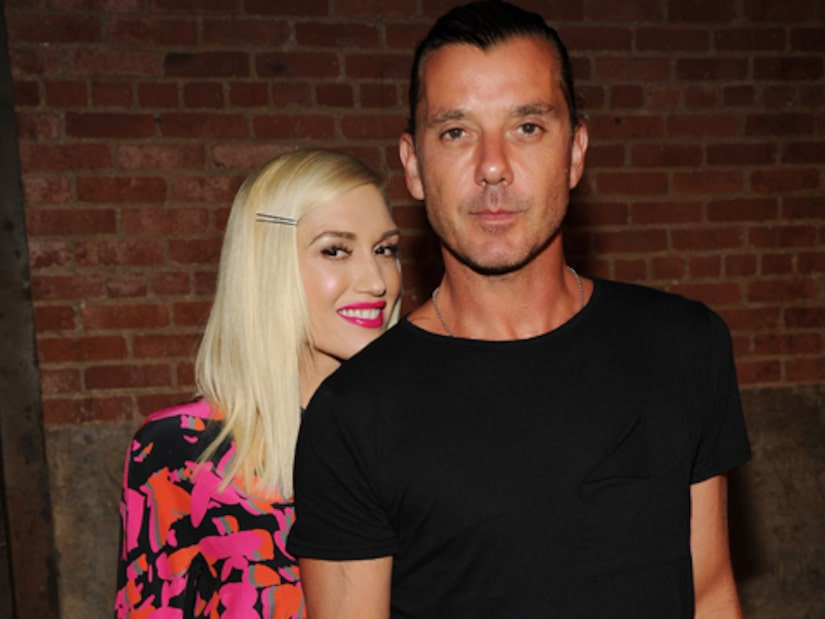 Fans of Gwen Stefani and husband Gavin Rossdale were ecstatic to hear that the talented couple would be joining forces on “The Voice” Season 7 as mentor and guest mentor, but Gwen wasn't so sure about teaming up with the Bush singer.

“I went back and forth about having Gavin on because we have only collaborated on babies before,” she admitted at a “Voice” press day. “They turned out really cute… he breeds well.”

The mother of three explained that she had barely gotten her feet wet as a mentor, when it was time for her better half to join her on the show.

“I was really overwhelmed that Gavin was actually going to be on with me, and we got in a little fight about it the night before because I was like, I don't know if I can handle this. It's just too much. Then I slept on it in, and in the morning I said, 'You know what, let's do this. It's going to spice things up.'”

When the time came for the contestants to meet with her and Gavin, she got nervous. “He's smart. He's so musical, and I just didn't know -- you know, you play different roles for different people in your life, and I'm his wife, so it was weird, but it was awesome. And it was really, really fun to do that with him, and the whole process is just so inspiring for me.“

Gwen said in the end it was “awesome,” adding, “I have never been in this position to be a coach, and for both of us to look back at everything we've done in our careers and to sit there together and be on the same page as far as like giving advice to these people who this is everything for them at this moment, and it's just like I'm getting so much out of it.”