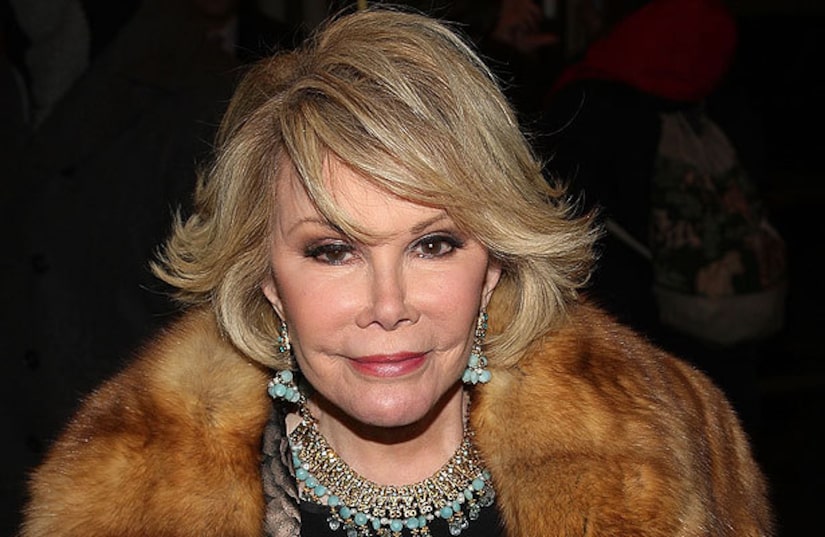 The latest report regarding Joan Rivers' deadly throat procedure is that her personal physician took a selfie before allegedly performing an unplanned biopsy on her vocal cords.

A staff member at the Yorkville Endoscopy clinic told CNN on Tuesday that the doctor -- who was not authorized to practice medicine at the private facility -- paused to snap a selfie with the unconscious Joan.

NY Daily News first reported the news that the ear, nose and throat specialist, who has yet to be named, performed the biopsy while the comedy great was undergoing what was supposed to be a routine endoscopy. She subsequently went into cardiac arrest and died a week later without regaining consciousness.

A Yorkville Endoscopy spokesperson told "Extra" in a statement, however, that "a biopsy of the vocal cords has never been performed" at the clinic, adding that "general anesthesia has never been administered" there either. Some early reports indicated that anesthesia may have played a role in her death.

Yorkville Endoscopy Medical Director Dr. Lawrence Cohen was reportedly asked to leave and has stepped down. So far, he has not been accused of wrongdoing, but an investigation is underway.