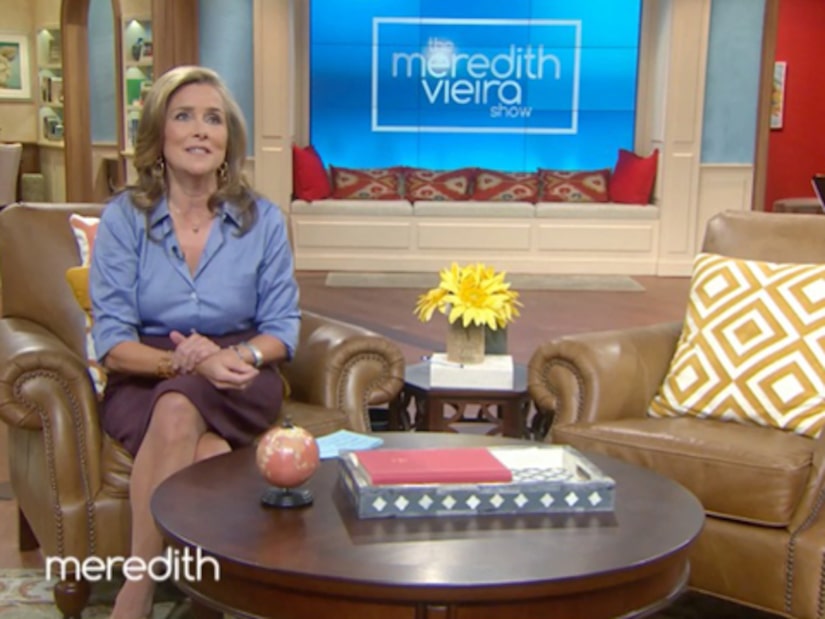 Journalist Meredith Viera is joining women around the country who are sharing their stories of domestic violence using the Twitter hashtag #WhyIStayed and #WhyILeft.

The campaign gained momentum after a video surfaced of NFL player Ray Rice punching his wife in an elevator. Inspired by the trend, Meredith opened up about her own abusive relationship at Wednesday's taping of the “Meredith Vieira Show.”

She explained, “I was in an abusive relationship many, many years ago as a young woman. I've talked a little bit about this. It started out -- I loved this guy -- it started out we'd have a fight and he'd just sort of grab my arm.”

Vieira continued, “I didn't think a lot about it, and then it turned into pushing me into a wall, and then it went beyond that to actually taking his hand and grabbing my face and saying, 'I could ruin your career if I wanted to and no one would want you.'”

Reflecting on why she stayed with him, she said, “I think part of it was fear. I was scared of him. I was scared if I tried to leave something worse could happen to me. Part of it was guilt because every time we would have a fight he would then start crying and say, 'I promise I won't do it again' and I would feel like maybe I contributed somehow to this... and they are saying this about Ray Rice's wife, that it takes two to tango.”

The violence escalated. “Then there was the night, we shared an apartment, and he threw me into a shower, naked with scalding water and then he threw me outside into the hallway, we lived in an apartment building and I hid in the stairwell for two hours until he came, again crying, 'I promise I won't do this again.' I continued to stay in that relationship until I was offered a job in another state and that's where I felt I had the ability to get away.”

Meredith encouraged anyone in an abusive relationship to seek help. “We didn't have shelters when this was happening to me, there was no hotline. I would say call the hotline. If you are going through this get yourself to a shelter, by all means tell somebody what's going on, let somebody know.”

Tune in Sept. 17 to watch the episode. Visit MeredithVieiraShow.com to find out what time it's on in your city.