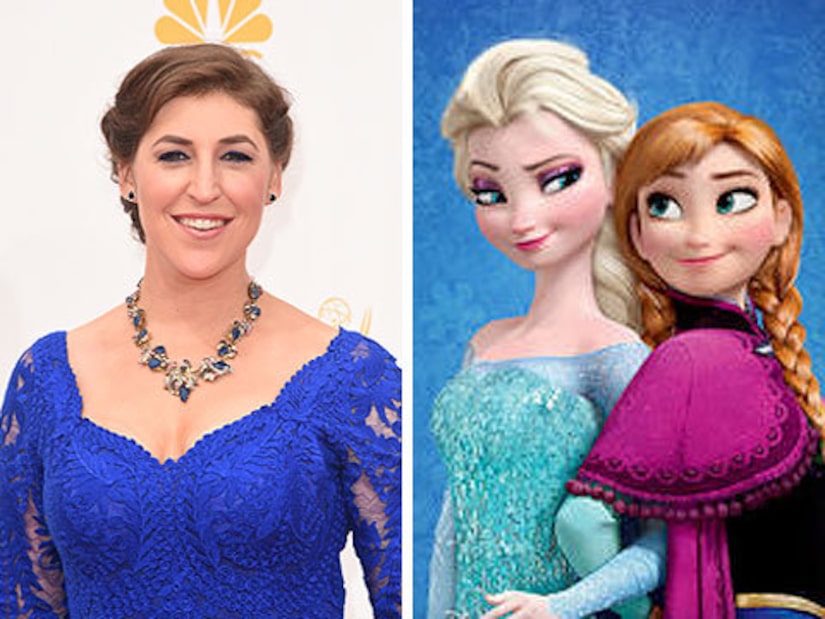 The outspoken Mayim Bialik has a few things to say about the beloved Disney film “Frozen”… and admits she's going “lose more fans.”

In a blog post on Kveller.com, “The Big Bang Theory” star said she and her sons watched the movie and really didn't like it.

One of Bialik's main issues was the "plot and feminism,” particularly how in most animated films about princesses there is a “search for a man/love/Prince.”

Mayim wrote, "Sure, it's sort of hidden, but the search for a man/love/Prince is still the reigning plot line in the movie, as it is with pretty much all movies for young people which are animated. [In 'Frozen'] The sister's desire to marry this guy she just met, and the other sister getting mad at her -- we still have a plot about the identification of a woman being based on her desire and search to meet a man.”

The actress continued, “I've had just enough already with this finding a man business in most every kids' movie. Disney classics were all about this and look where it's gotten us! Naked billboards of singers and women still not paid equal pay for equal work and ridiculous standards of beauty and body image and campaigns such as 'Why I Don't Need Feminism' and tons of other things proving we still have a ways to go. Am I taking this all too seriously? Of course I am! That's because I'm me!”

Earlier this week, the TV star slammed pop stars of today, like Ariana Grande, for portraying a sexed-up image on giant billboards.