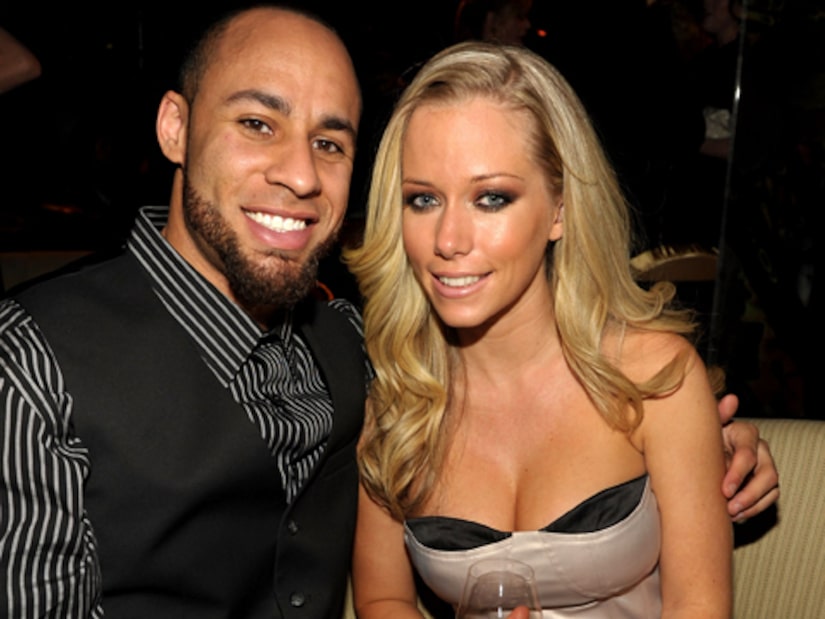 Kendra Wilkinson and Hank Baskett are patching things up, says a source at Life & Style.

Scroll down for the new trailers from "Kendra on Top."

The couple split two months ago after Hank reportedly cheated with a transsexual named Ava, but the “Girl Next Door” has decided to take him back.

Multiple insiders told the mag that Hank explained away the allegations, telling Kendra that he was visiting a friend in Ava's neighborhood. The buddy asked him to stop by Ava's to fix something. She made unwanted advances, and he left feeling violated.

Another source confirmed that Kendra and Hank are "100 percent together,” adding that Hank's "story is totally absurd,” but there is no convincing Kendra that it is.

Watch this video clip from the new season of "Kendra on Top" to see how she handled news of the supposed affair.

In another clip, Kendra confronts Hank about the rumors. Watch!

Wilkinson and Baskett wed in 2009 and have a son and daughter.

For more on Kendra's decision to take Hank back, pick up the new issue of Life & Style, on newsstands now.