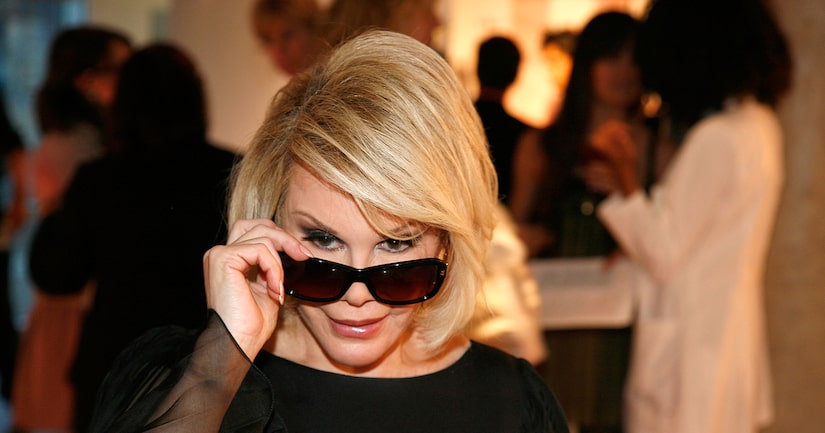 An alleged audio tape of the late Joan Rivers complaining about her voice was posted by producers of an off-Broadway show, who claim its one of Rivers' last recordings.

Rivers' rep, however, says it is “definitely not” the voice of the comedy great.

The audio clip was reportedly a test recording of a radio ad Rivers agreed to do for her friend Brad Zimmerman, who has an show opening off-Broadway called “My Son the Waiter, a Jewish Tragedy.”

In it, the person says, “My voice has been bothering me. I don't know what it is. I feel like s**t. I'm tired already.” Listen.

While Katz confirmed Rivers was indeed supposed to record the ad, she says Joan never got the chance to do it.

Katz said, “This is a publicity stunt that was created by Brad Zimmerman and his public relations representative, Beck Lee, and is wholly disrespectful to the memory of Joan Rivers.”

According to Page Six, a rep for Zimmerman's show said, “Joan used Brad as an opening act many times, and when we asked her if she'd do the spot, she said 'sure' immediately.”

The rep added that Rivers had recorded the “scratch recording” -- or rehearsal tape -- for Zimmerman's show at home before she was scheduled to go into the studio.