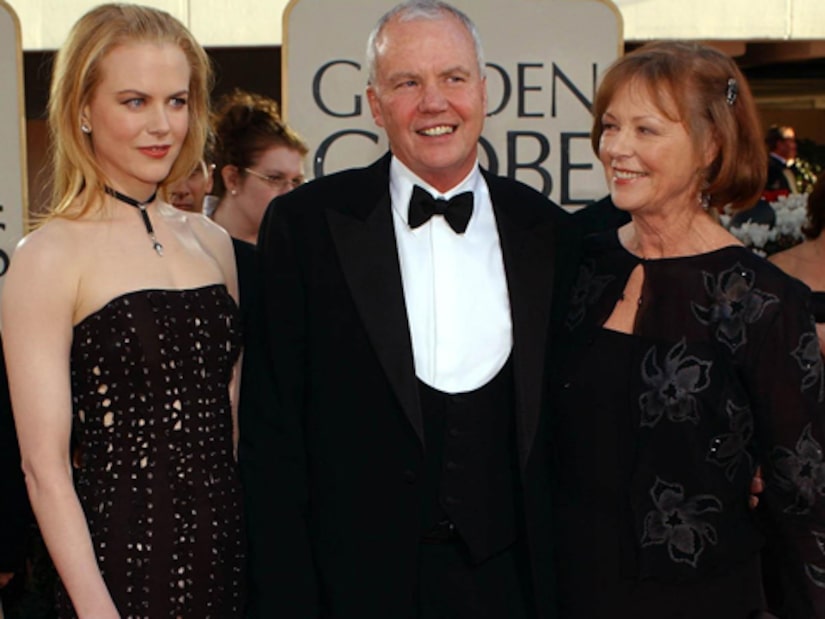 Oscar winner Nicole Kidman's father, Antony Kidman, died while visiting his other daughter Antonia and her six children in Singapore.

People reports that Antony, who was in his 80s, died following an accidental fall. A Singapore police spokesman told Reuters that law enforcement is “investigating the unnatural death.”

According to WHO magazine, Antony's wife Janelle was not in Singapore at the time. They recently celebrated their 50th wedding anniversary.

A family friend told the publication, "This is devastating news. Antony is incredibly close to both Nicole and Antonia. He was a rock to them all."

Dr. Kidman was an accomplished clinical psychologist and director of psychology at the University of Technology Sydney. According to Australia's ABC, “one of his areas of interest was the mental health issues of young Australians, in particular psychosis, bullying and stress.”

In 2005, he was awarded an Order of Australia for his work in health services.

Vice-Chancellor Professor Attila Brungs told Reuters, “It is with great sadness that we learn of Dr. Tony Kidman's sudden passing. During his 43 years at the University of Technology, Sydney, Tony has contributed greatly—as a colleague, as a researcher, and as a health practitioner. Tony will be missed by all at UTS. Our thoughts are with his family at this time.”