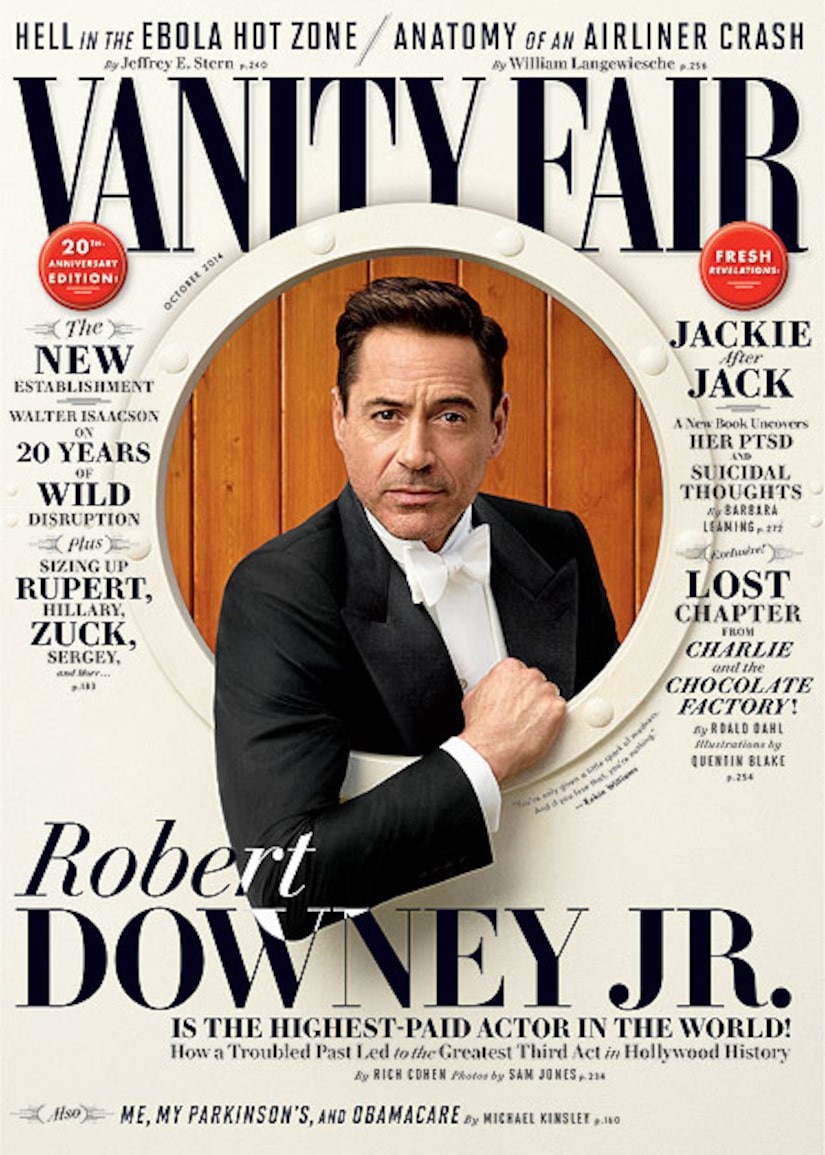 On returning to his old life after rehab, Downey told the mag, “Job one is get out of that cave. A lot of people do get out but don't change. So the thing is to get out and recognize the significance of that aggressive denial of your fate, come through the crucible forged into a stronger metal. Or whatever. But I don't even know if that was my experience. It's funny: five years ago, I would've made it sound like I'm conscious of my own participation in seizing the similarities. But so many things have become less certain. I swear to God. I am not my story.”

Downey admitted he probably inherited his addictions, which may have been handed down to his 20-year-old son, Indio, who was recently charged with felony drug possession.

The actor said, “He's his mother's son and my son, and he's come up the chasm much quicker than we did. But that's typical in the Information Age; things get accelerated. You're confronted with histories and predispositions and influences and feelings and unspoken traumas or needs that weren't met, and all of a sudden you're three miles into the woods. Can you help someone get out of those woods? Yes, you can. By not getting lost looking for them.” Downey added, “Pick a dysfunction and it's a family problem.”

Check out the cutest behind-the-scenes video of Downey with 2-year-old son Exton!

On his Marvel experience, the “Iron Man” star mused, “I've gone from being convinced that I am the sole integer in the approbation of a phenomenon to realizing that I was the lead in the first of a series of movies that created a chain reaction that, if everything didn't fire the way it was supposed to, there's no operator, no anything. And you go, okay, life is doing something here that included me but did not require me. But, yes, that role means a lot. Marvel is kind of like this sacred brotherhood.”

Read more of the interview at VanityFair.com. The October issue of Vanity Fair will be available September 11.