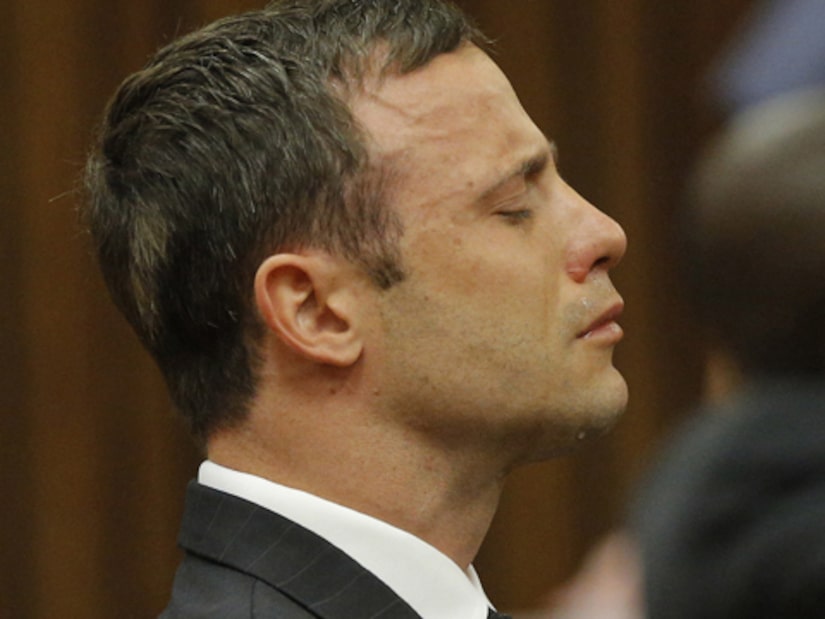 A judge in South Africa found Oscar Pistorius, 27, not guilty of premeditated murder in the shooting death of his girlfriend, model Reeva Steenkamp.

Judge Thokozile Masipa called Pistorius “negligent,” adding that culpable homicide would be a competent verdict. She is expected to deliver the final verdict on Friday.

Masipa said that evidence shows that he did not intend to kill his girlfriend, and that he genuinely believed there was an intruder in the house when he began firing shots at a locked bathroom door in his home.

She said the Olympian “acted too hastily and used excessive force," explaining that he should have called security.

"It is it is clear that his conduct was negligent," she said.

While the judge thought Pistorius, known as the Blade Runner because of the prosthetic legs he uses while running, was “evasive” and a “poor witness,” she felt the state did not prove its case -- that he had intentionally killed Reeva -- beyond a reasonable doubt.

She added that it seemed “the accused was suffering from enormous emotional stress and was traumatized by reliving the incident.”

"The accused therefore cannot be found guilty of murder dolus eventualis [legal intent]... that, however, is not the end of the matter as culpable homicide is a competent verdict.”

There is no minimum sentence for culpable homicide in South Africa, and it will be up to the judge to decide how much time he serves. Pistorius is also facing an ammunition charge with a maximum sentence of 15 years, and two charges of firing a gun in public. If convicted, he could face up to five years on each charge.

Steenkamp was killed on Valentine's Day 2013.