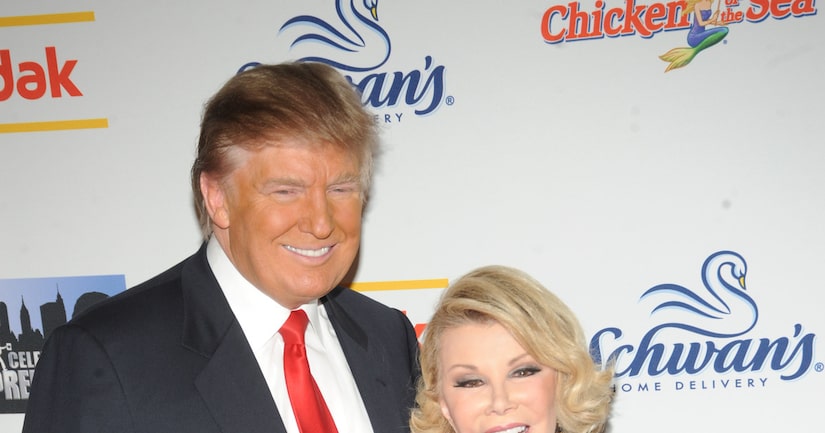 Real estate mogul Donald Trump was one of the big names at Joan Rivers’ funeral Sunday in NYC.

Trump told “Extra’s” AJ Calloway on Monday that her winning “The Celebrity Apprentice” in 2009 is his fondest memory of her. “It was a big moment in her life. It had a huge impact on her and was very important to her. She was very loyal to me because over the years she said what a huge impact winning ‘Celebrity Apprentice’ was… I saw the energy she had… people one-third her age didn’t have the energy she had. She was amazing.”

Donald also revealed Joan has a role on the upcoming season of “Celebrity Apprentice.” He explained, “We just finished shooting Season 14, and Joan is a big part of two of the episodes. I mean a big part, and she was fantastic. Joan worked so hard, she studied, she wanted to know all about the contestants that were remaining, what were their good points, their bad points. Joan was a hard worker… I think people are going to get a big kick, she was terrific.”

As for Joan’s funeral, Donald said, “The service was beautiful, it was big, it was funny, you never see funerals that are funny, but she would have wanted that way. Howard Stern was fantastic.”