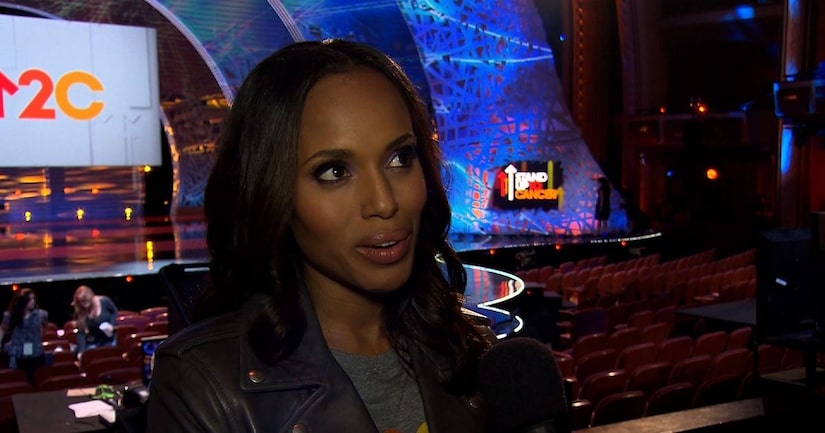 On Friday, September 5, Hollywood stars will reunite to support Stand Up to Cancer (SU2C) with its fourth biennial fundraising telecast to benefit cancer research.

"Scandal" star Kerry Washington and "Modern Family's" Eric Stonestreet will be among stars taking the stage, and "Extra" was with them as they rehearsed for the upcoming show.

Kerry and Eric spoke about why they decided to take part in SU2C, and opened up about how cancer has affected their own lives and the lives of those they love.

Go here to find out how you can help Stand Up to Cancer, and watch the live telecast on Friday, September 5 at 8 PM on ABC, CBS, FOX, and NBC.