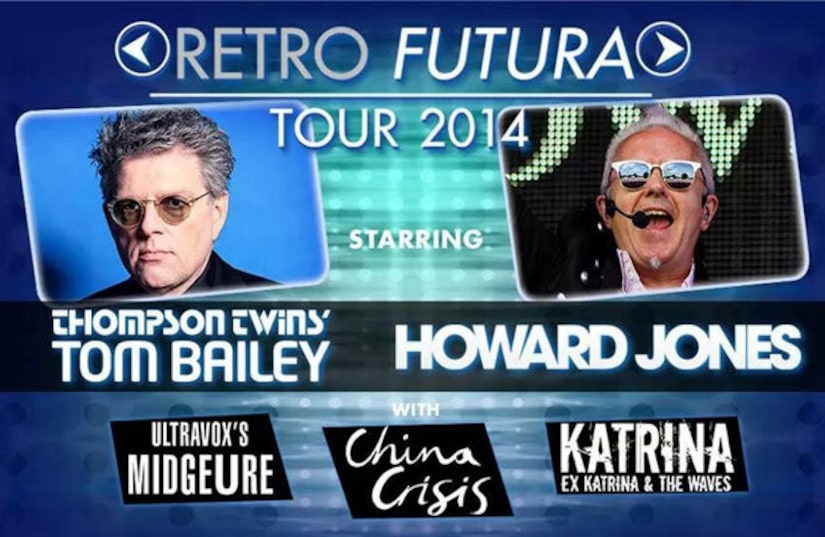 "Extra" Senior Music Correspondent Adam Weissler was recently backstage at the Greek Theatre in L.A., catching up with the musicians that are headlining the Retro Futura Tour 2014.

The tour marks the first time in 27 years that Thompson Twins' hits will be played live for an audience, courtesy of the band's front man Tom Bailey.

Tom chatted with Adam about how Howard Jones convinced him to do the tour, and explained why he has no regrets over waiting nearly three decades to perform his band's hits again.

Howard Jones talked about his favorite moments on stage when he plays his old hits for the fans, and teased an upcoming album for early 2015.

Ultravox's Midge Ure opened up about playing his band's old hits for the tour, saying he was eager to try material from his new album Fragile, but understood what the fans wanted.

Midge also chatted about getting to finally meet Moby, who he collaborated with recently and is a musician that cites Ultravox as an influence.

Check out the music video for Thompson Twins' hit song "Hold Me Now" below! Watch it on YouTube here!

Go here for the latest info on the tour.