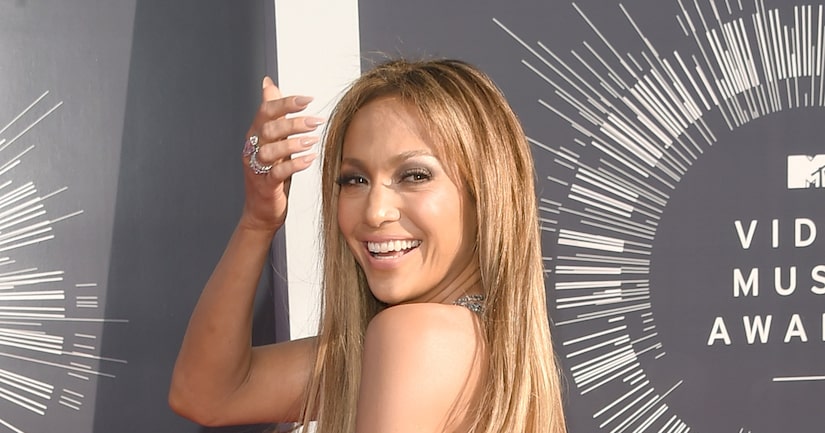 “Extra’s” Renee Bargh caught up with Jennifer Lopez on the red carpet at the 2014 MTV VMAs, where the lovely Lopez chatted about working with Iggy Azalea... and seeing her scary fall off a stage while performing at a pre-VMAs party.

Jennifer said, “I was just terrified she was going to hurt herself, but thank god there was someone there to catch her and it was fine.”

The “American Idol” judge revealed that just days before, she and Iggy were just talking about falling off a stage. “It's funny because we had been talking about that a couple days ago. She was like, ‘I’ve never fallen’ and I said, ‘You will, we all have,’ and she did.”

Lopez is currently working with Azalea on her “Booty” music video. “Iggy’s in with me. It’s a lot of booty, a booty remix.”

The two aren’t just working together, they're also good friends. “I wanted her to do a record with me. I always liked her. I called her and we hit it off right away.”