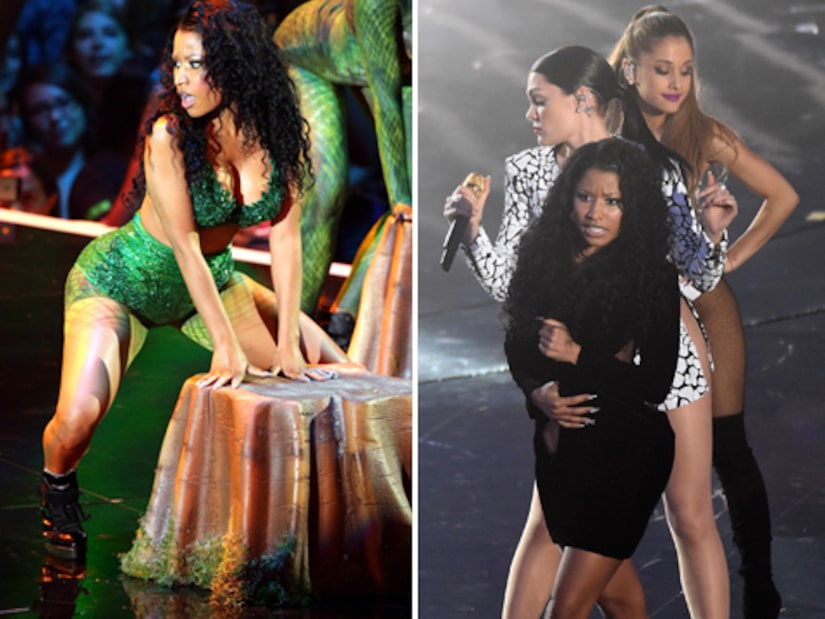 It was Nicki Minaj's turn to shock at the 2014 MTV Video Music Awards.

She rushed backstage to change mid-way through the performance, and didn't have time to zip up her dress. Instead, she had to hold the dress together herself to avoid an embarrassing nip slip!

Taylor Swift pumped up the crowd with her slick '80s pop throwback, "Shake It Off.”

There was also a brief tribute to the late Robin Williams. Watch!

As for winners, Miley Cyrus took home the Video of the Year for “Wrecking Ball," while Katy Perry won the Best Female Video award for "Dark Horse.”