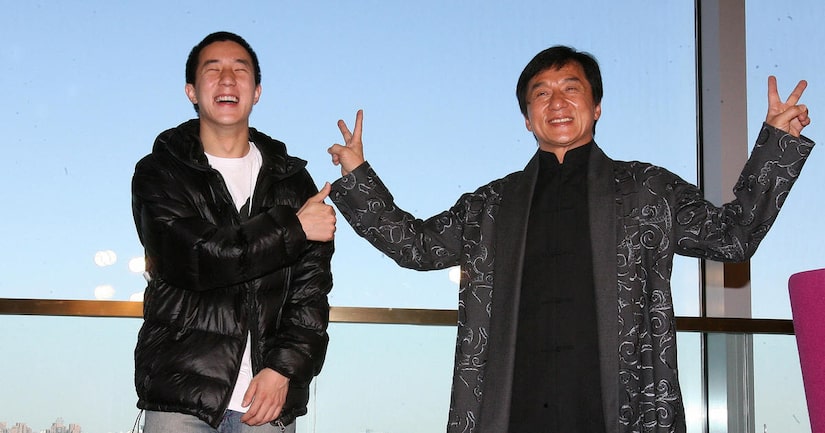 AP reports Jaycee and Taiwanese movie star Kai Ko, 23, were the latest high-profile celebrities arrested in one of China's biggest anti-drug crackdowns in two decades. They both tested positive for marijuana and admitted to using it, while 100 grams were taken from Jaycee's home.

Both are still being detained; Jackie Chan and Ko's father reportedly went to Beijing this week to visit them.

Jackie wrote on his blog, "Regarding this issue with my son Jaycee, I feel very angry and very shocked. As a public figure, I'm very ashamed. As a father, I'm heartbroken.”

He continued, "I hope all young people will learn a lesson from Jaycee and stay far from the harm of drugs. I say to Jaycee that you have to accept the consequences when you do something wrong. As your father, I'm going to face the road together with you… Jaycee and I together express our deep apology to society and the public.”

Jaycee, whose mother is former Taiwanese actress Lin Fang-jiao, was raised in Los Angeles and has appeared in some 20 films, most of them low-budget Hong Kong and Chinese productions.