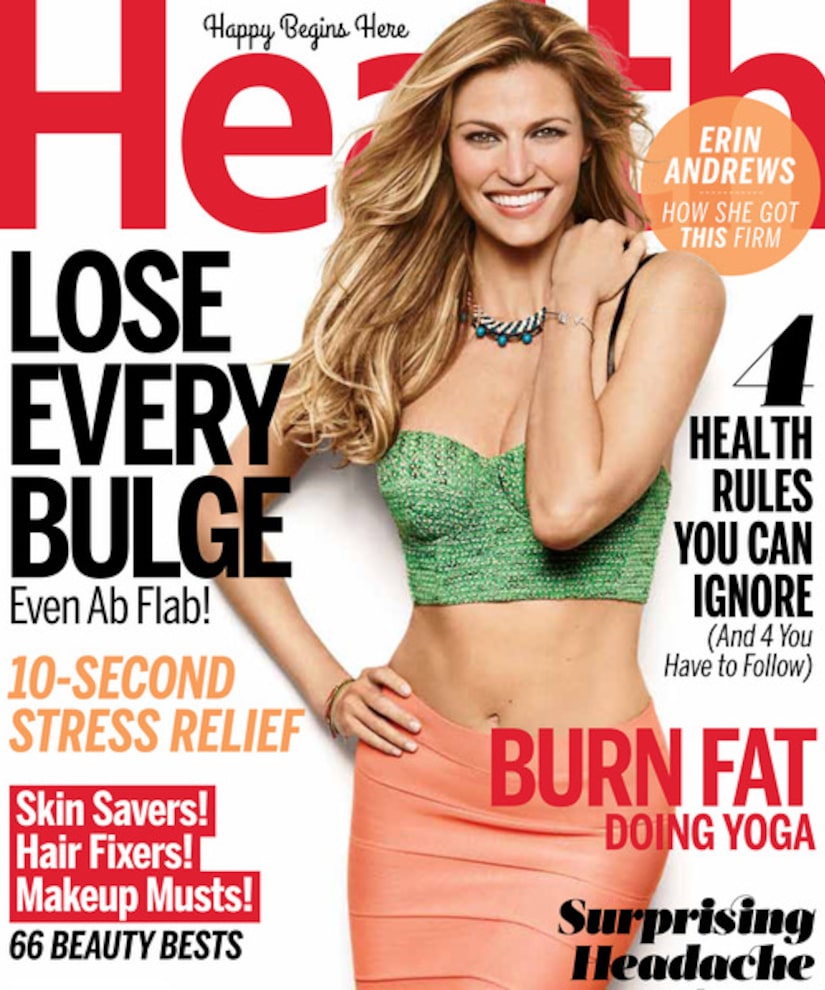 Sportscaster Erin Andrews appears on the September issue of Heath, in which she dishes on being a “guys girl,” and about her fitness struggles… and when she feels sexiest.

The FOX NFL sideline reporter and “DWTS” co-host shared what it’s like working as a woman in a male-dominated field.

Erin said, “I didn’t even think about it until I was in the industry and people started bringing it up… I’m not really allowed to be a female in my world of sports broadcasting, because if you don’t blend in and be a guy, you’re not gonna fit in. You’re not gonna be included in the jokes, and they’re not gonna want to take you to the bar at night… and you won’t hear all the real stories about what’s going on with the teams, because everybody will be like, ‘She’s just a girl.’”

On being one of the guys, the TV star said, “I’m such a guy’s girl that even in the relationship I’m in now, my boyfriend [NHL player Jarret Stoll] has had to say, ‘OK, can I be the boy?’”

When it comes to staying in shape, Erin prefers a group setting versus working solo. “If I worked out by myself – because I’m so ADD – I’d check my phone, look in the mirror and pick a zit. So I need a class because there are other people there pushing me… I love Physique 57 – I’ve found that changes my body the most. I’ve always been tall and lean, but everybody has their issues. I’ve got saddlebags and a rear end that was always kind of flat and wide. Physique 57 is lots of squats and stuff for your inner and outer thighs.” 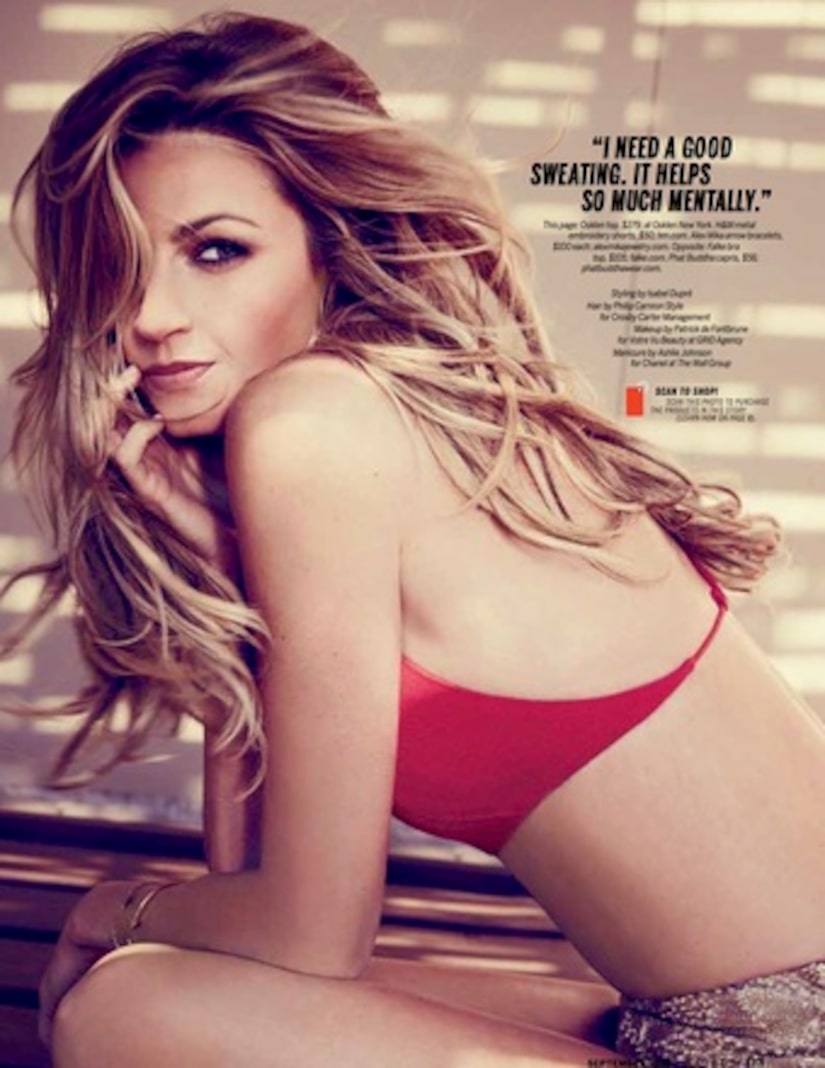 Andrews always look radiant, but in her opinion, she feels sexiest “at the end of the night, after a football game or Dancing with the Stars, and I’m able to take everything off and just be in a sweatshirt and a pair of boy shorts. Because that’s me: casual, wearing cotton.”

Head over to Health.com for more pics, and pick up the September issue of Health, on newsstands August 15.